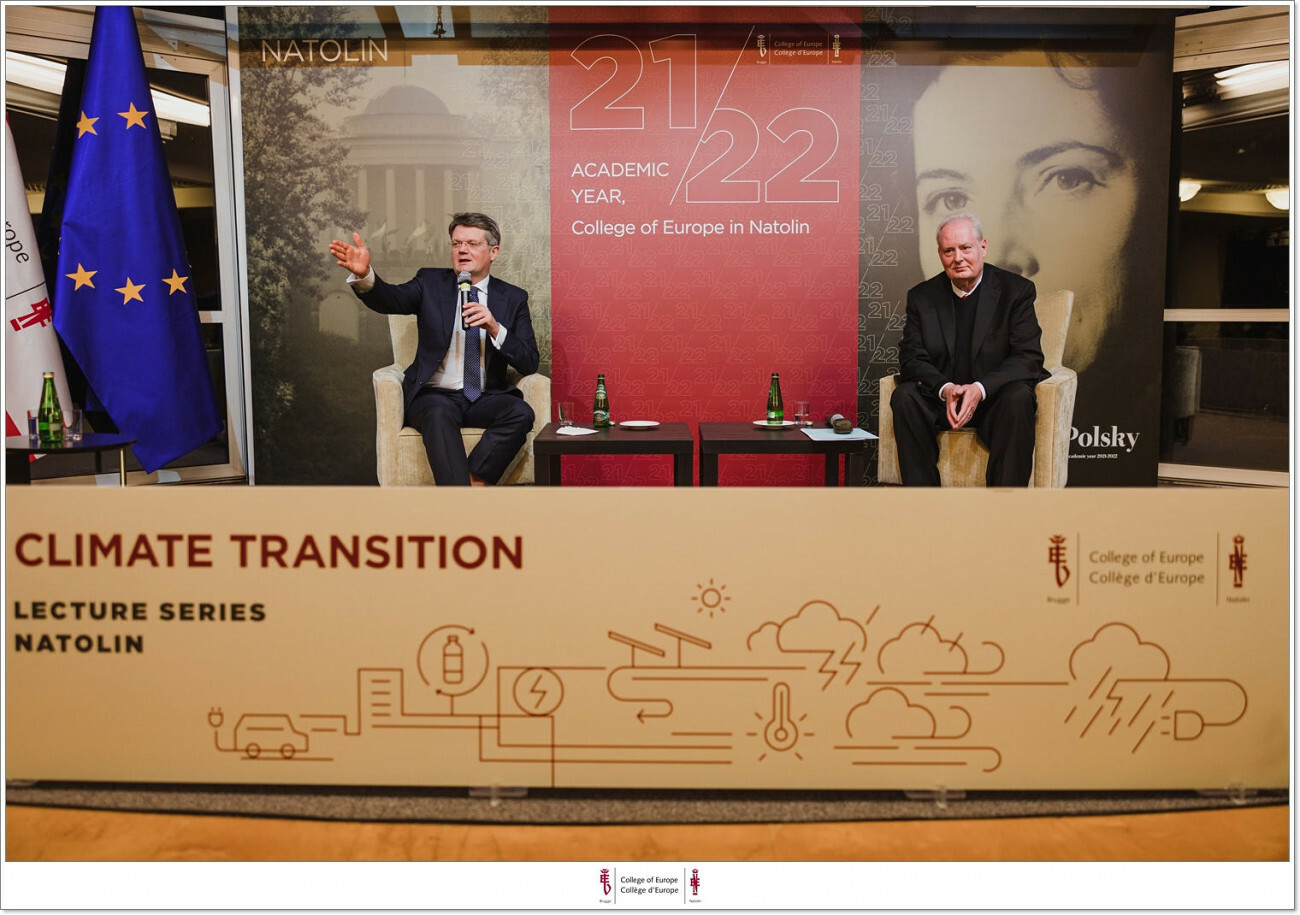 On Tuesday, 18 January 2022, the College of Europe in Natolin welcomed Mr David MORAN, COP26 Regional Ambassador for Europe, Central Asia, Turkey and Iran, in the framework of the Climate Transition Lecture Series.

During the lecture, Ambassador MORAN explained the significance of the Glasgow Climate Pact. He stressed the necessity of maintaining momentum in the four strategic dimensions. These are namely: mitigation and cutting commissions, adaptation – protecting nature and vulnerable people, finance – both public and private and (perhaps most importantly) – international collaboration.

Natolin students debated with Ambassador MORAN on what should happen in the next months to operationalize commitments and initiatives and drive action in line with the Paris Agreement. As he said: “Alongside preparing for the future we must consolidate the present”.

Within the framework of the Climate Transition Lecture Series, organised by the Natolin Energy and Climate Governance Nest, we have previously had the pleasure to host the lectures of Ms Patricia ESPINOSA, UNFCCC Executive Secretary, Mrs Laurence TUBIANA, CEO of the European Climate Foundation and Special Representative for COP21 and Mr Michał KURTYKA, Minister of Climate and Environment of Poland. 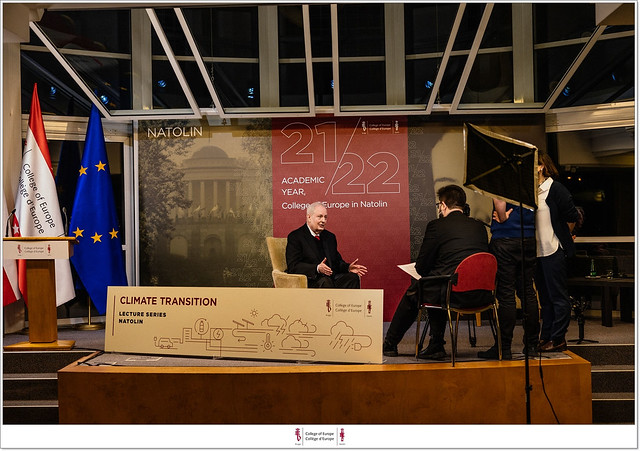