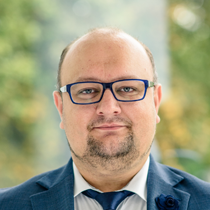 Dr Andriy Tyushka joined the European Neighbourhood Policy Chair as a Research Fellow in November 2016, having previously held a Post-Doctoral Fellowship position with the Chair in 2014, and since 1 October 2019 is a Senior Research Fellow.

Among his most important publications are: