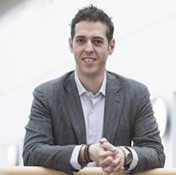 Dr Theofanis Exadaktylos is Senior Lecturer in European Politics and Acting Head at the Department of Politics at the University of Surrey. He has been a visiting professor several times at the European Neighbourhood Policy Chair at the College of Europe (Natolin) for the summer school sessions teaching on research methods and research design.

His research agenda includes Europeanization of foreign policy; politics of austerity in Europe; public policy implementation and political trust; emotions and perceptions of crises; pathways to political engagement in Europe; the rise of populism and the emergence of national stereotypes in the media. He is an expert in political methodologies and research design, having taught and published widely on the subject.

Dr Exadaktylos is the co-editor of Research Methods in European Studies: Research Design in Europeanization with C.M. Radaelli (2012, Palgrave Macmillan). His work has appeared among others in the Journal of Common Market Studies, Policy Studies Journal, International Journal of Communication, National Identities, Politics & Policy, and European Journal of Politics and Gender. He has also written numerous book chapters in key research edited collections and textbooks on European Union studies, and has given a number of invited seminar and keynote speeches on the matter.

He is the co-editor of the Journal of Common Market Studies Annual Review since 2018 and he co-convenes the Standing Group on Political Methodology at the European Consortium of Political Research since 2015. He has been a consultant with the World Bank on Greece. He frequently comments on national and international media on issues of European affairs and Greek politics.