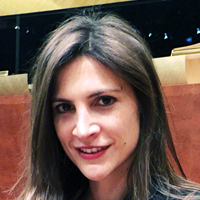 Court of Justice of the EU, Luxembourg

I was born in Greece but lived abroad (mainly Luxembourg, France, UK, Belgium) ever since. I studied law in France, at the University of Strasbourg III (Robert Schuman). At postgraduate level, I did a specialized LLM at King's College London on Computers and Communications Law. Following a traineeship at the law firm Hammonds LLP in Brussels, at its Antitrust and antidumping department, I decided to further specialize in EU law and in particular EU competition law. Hence, I applied to the College of Europe. After graduation, I did a traineeship at the Court of Justice (General Court, at Judge S. Papasavvas' chambers), followed by another internship at Clifford Chance LLP in Paris, at its Antitrust department. I then qualified as a lawyer at the Bar of Thessaloniki in Greece. Since 2006, I have been working at the General Court, first as an administrator at its Registry and since 2010, as a legal clerk at Judge S. Papasavvas' chambers.

Studying at the College was a particularly enriching experience, both in educational and in social terms. I particularly enjoyed its stimulating environment, offering the opportunity to interact with extremely skilled and determined students as well as benefiting from a great choice of courses taught by eminent professors and practitioners. The College undoubtedly offers great professional opportunities to its graduates and helps them benefit from an important network. In fact, I myself have experienced no difficulty in finding a job in a European institution, which seemed unattainable when I was a mere student. I believe that the College steered my career by providing me with the right incentives to choose the path that seemed to correspond to my profile the most. At all stages of my career, from the internships to my current occupation as a legal clerk (référendaire), the College made a difference. 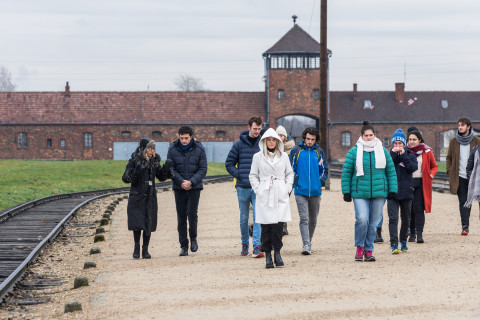