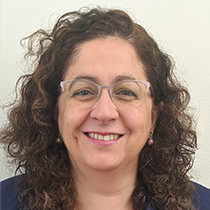 Andrea Koulaïmah (ES) has been working at the European Commission’s Directorate General for civil protection and humanitarian aid operations (DG ECHO) since 2000, in different operational and management capacities. Since May 2020, she holds the position of Director for Sub-Saharan Africa, Latin America, Asia and Pacific. Her career in the Commission combines an operational background as head of unit for Sudan, South Sudan and Central Africa (2009 to 2015) and as deputy head of unit and desk officer in several protracted crises (Balkans, Afghanistan, Pakistan, Iran, North Africa), with a (human and financial) resource management background. From 2015 to 2020, she was head of unit responsible for the management of the ECHO field network worldwide and worked earlier in her career as deputy head of unit of DG ECHO’s legal and financial unit.

Prior to joining the European Commission as an official, Andrea Koulaïmah served in the EU Delegation in Cairo for two years. The start of her professional career was more academic, as she was a researcher at the European Centre for Development Policy Management (ECDPM) in Maastricht, specializing on EU-ACP relations, policy coherence, partnership, governance and working with fragile states, from 1995 to 1998. Andrea Koulaïmah is an alumna of the College of Europe Charles IV promotion (1992-1993) and a former academic assistant from the politics and administration section (1993-1995). Before joining Bruges, Andrea graduated in political science/International Relations (Sciences-Po Strasbourg and Trinity College Dublin).