For the first episode, you will listen to a conference given by the European General Studies Programme within the Conference cycle "Global Europe in the new real Millennium". This conference entitled "The empire that never was. A Global History perspectives on European Integration.". It focused on history with a discussion between Patrick PASTURE, Professor of European and Global history at the University of Leuven and author of Imagining European unity since 1000 AD and Prof. Wolfram KAISER, professor of the course "The historical foundations of the EU". The two scholars put their critical approach to European history into perspective with what is changing

The event was moderated by Prof. Didier GEORGAKAKIS, academic coordinator of the European General Studies program.

The episode only display a part of the talk. If you are interested in learning more, you can download the total transcript here. 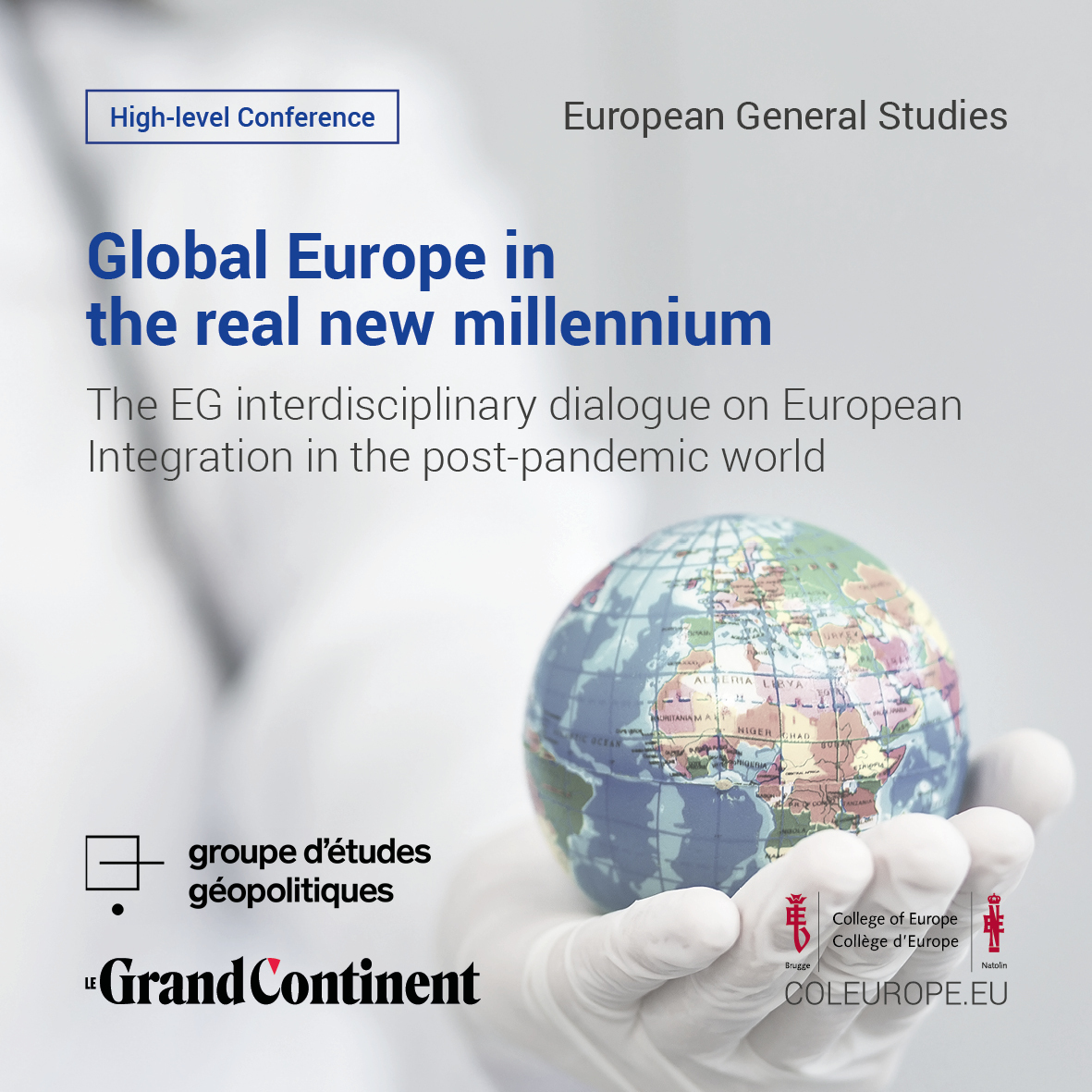 About the conference cycle

You may already know that true turning point do not occur when we change centuries. Today, the global pandemic we have just experienced seems to represent a turning point that has been described as the new real millennium. The profound consequences of the pandemic, after a series of successive crises in the years 2000-2010, may represent a major turning point for European integration.  The EG programme will dedicate a three years conferences series entitled "Global Europe in the new (real) millenium. The EG interdisciplinary dialogue on European integration in the post-pandemic world" aiming to initiate an interdisciplinary dialogue with leading intellectuals on the future of European societies and potential changes currently occuring.