The DACH Society donates 2.000€ to the Ukrainian Red Cross

On Thursday, 30th June 2022, the German, Austrian and Swiss students of the Eliane VOGEL-POLSKY promotion officially donated the proceeds of their national week to the International Committee of the Red Cross (ICRC). In total, the students raised € 2.070 through the organization of a cultural evening, “Hüttengaudi”, and the Viennese Opera Ball.

“Like everyone else, we were shocked when Russia invaded Ukraine, and since the war broke out 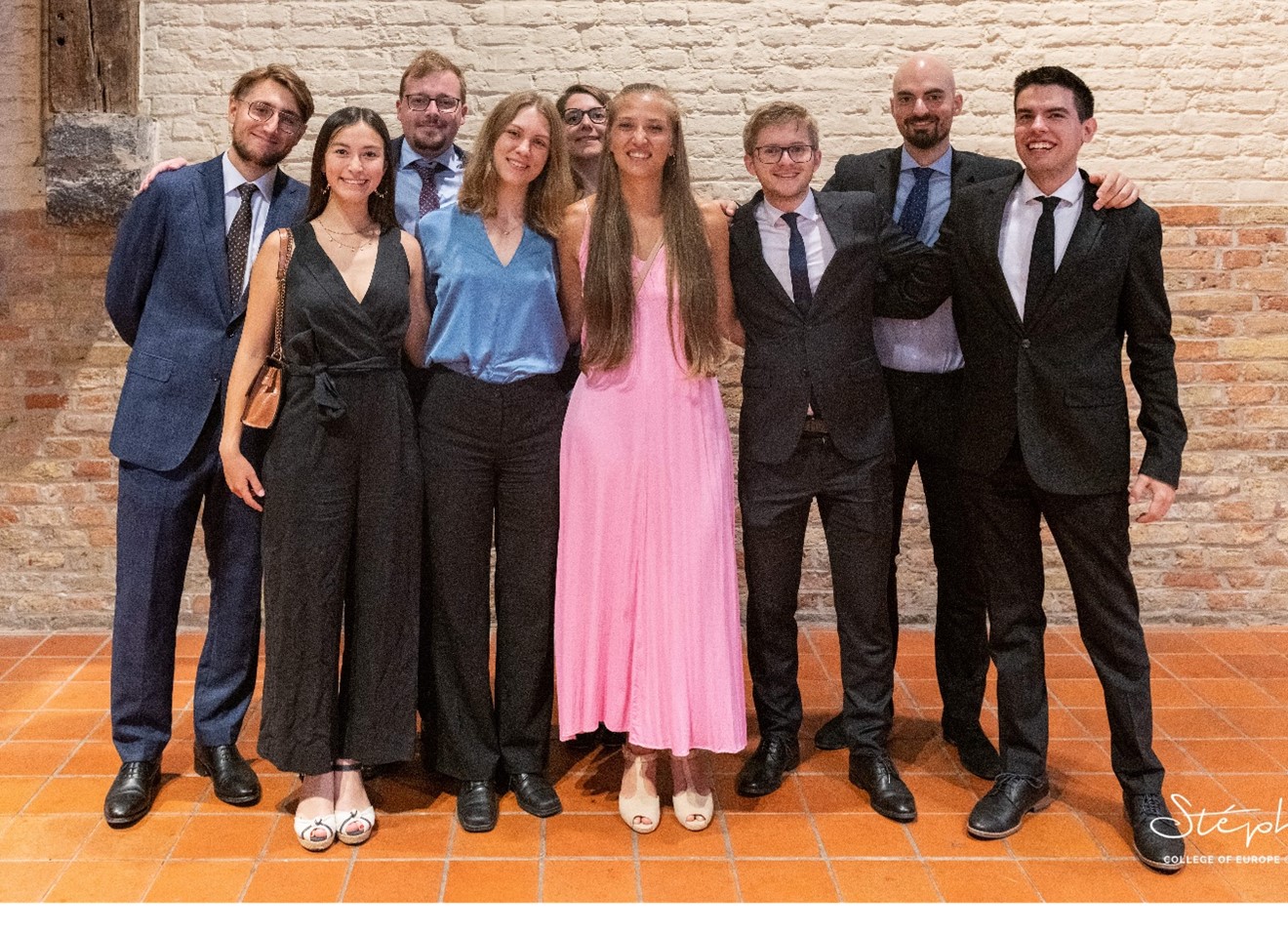 during our national week, and we wanted to collectively take a stance and show our support for the people in Ukraine”, the students explained. When deciding on the organization that should benefit from the donation, the DACH society also consulted with the Ukrainian students of the College.

The Viennese Opera Ball, which took place in the beginning of April, became therefore an opportunity to raise money for Ukraine. Thanks to the many sponsors of the event, like the City of Vienna and the German, Austrian and Swiss cultural bureaus in Brussels, 100% of the proceeds from ticket sales for the ball could be donated.

The money will support the ICRC in providing on the ground humanitarian aid in Ukraine, including water, food, and medical supplies.