The Department of EU International Relations and Diplomacy Studies at the College of Europe, Bruges campus, held the third annual EU Diplomacy Lectures on Thursday, 27 October 2016, followed by a short Q&A session and a reception.

This event was open to the public. The event was livestreamed. For more information, please contact Sabine DEKEYSER.

“The EU’s Common Foreign and Security Policy, 17 years on”

As the EU finds itself surrounded by a host of challenges, the time has come to take decisive steps to boost the Union’s Common Foreign and Security Policy. In this lecture, Dr Javier SOLANA outlined the current state of the conflicts surrounding the EU’s borders and offered a glance at the outlook for the future. In this context, he also analyzed the new approach offered in the EU Global Strategy. 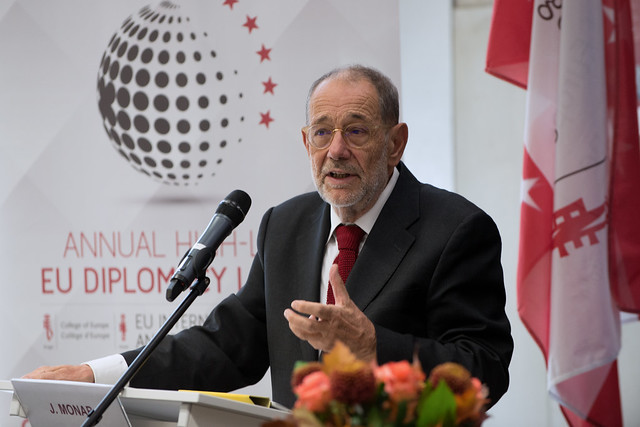 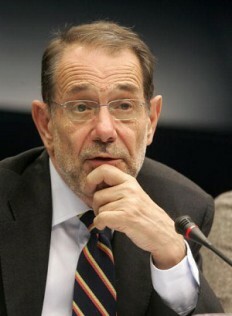 Javier SOLANA is President of ESADE Centre for Global Economy and Geopolitics (Barcelona-Madrid). He is Distinguished Fellow in Foreign Policy at the Brookings Institution (Washington), Senior Fellow at the Hertie School of Governance (Berlin), Chairman of the Aspen Institute Spain, Honorary President of the Centre for Humanitarian Dialogue (Geneva), and advisor to the Institute of Modern International Relations of Tsinghua University. He is also a member of the board of the International Crisis Group and the European Council on Foreign Relations, as well as visiting professor at the London School of Economics, where he was awarded an honorary degree in 2010.

From 1999 to 2009, Dr SOLANA was Secretary General of the Council of the European Union and from 1995 to 1999 Secretary General of NATO. Dr SOLANA is the former High Representative for the Common Foreign and Security Policy of the European Union. Prior to this, he has held several ministerial positions in the Spanish government, including Minister for Foreign Affairs.