This morning, the Committee of the Regions organised a high level group conference on European democracy. 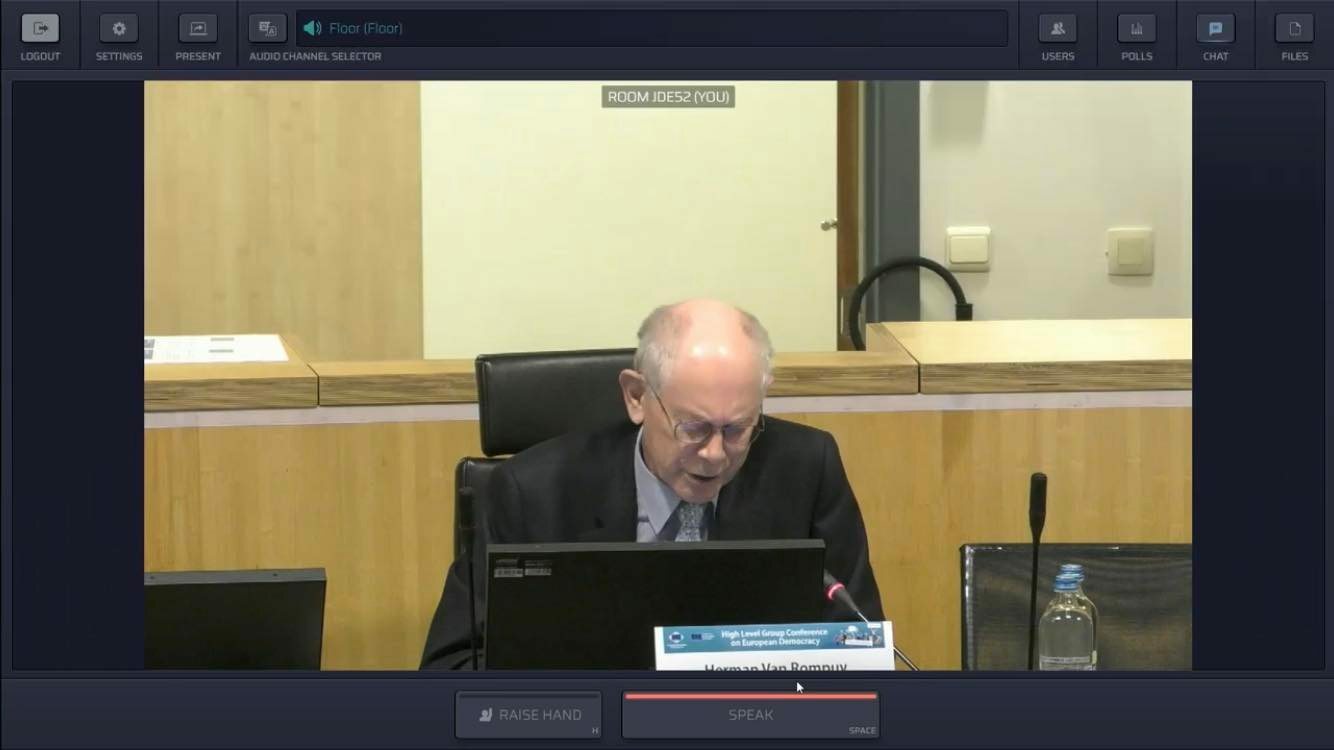 Three professors of the College were also invited to moderate sessions of this conference.

Didier GEORGAKAKIS, Professor in Political Science (Univerisité Paris 1 Panthéon-Sorbonne) and EG coordinator at the College of Europe, moderated the panel on Democracy and legitimacy: a democracy that delivers, democracy as a value.