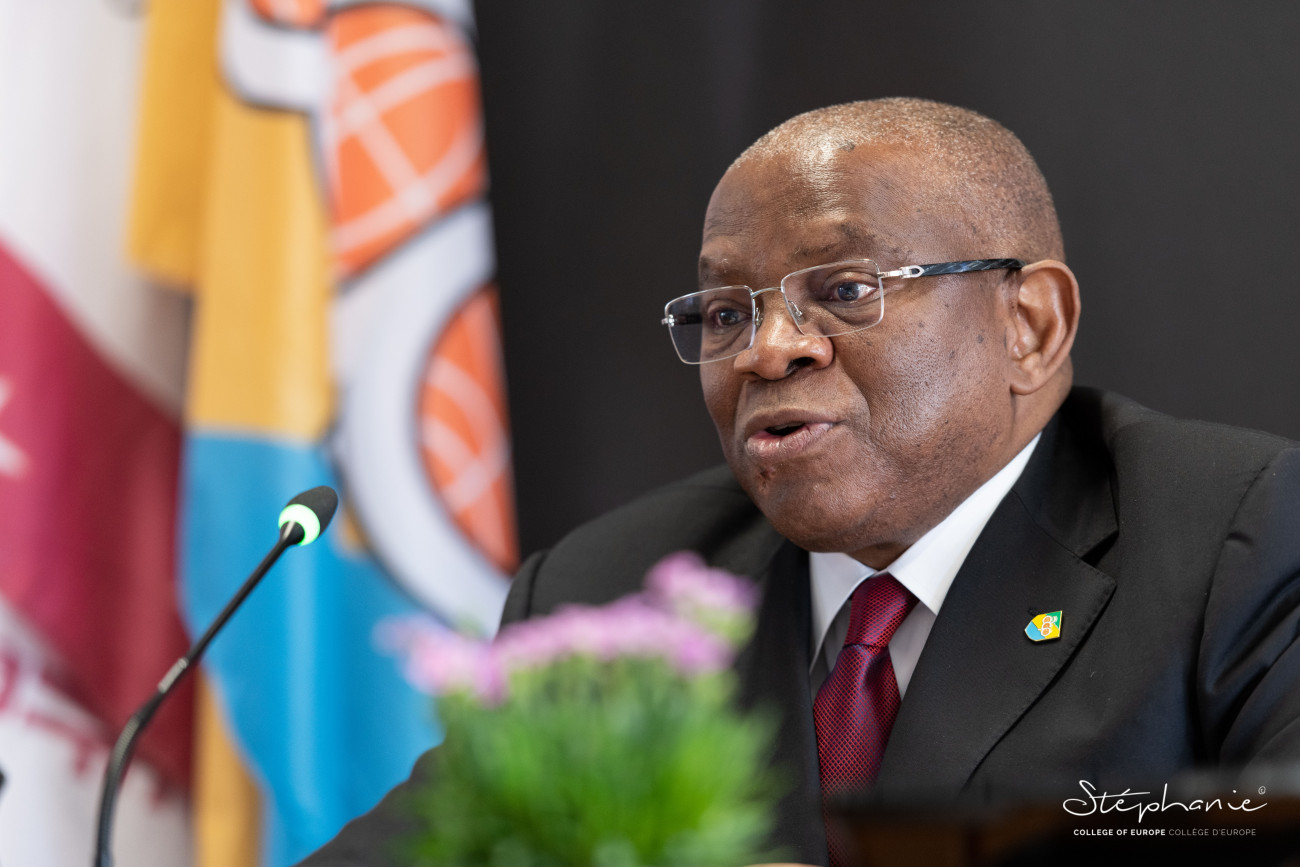 On Thursday, 3 March 2022, the Secretary-General of the Organisation of African, Caribbean and Pacific States (OACPS), H.E. Mr Georges Rebelo Pinto CHIKOTI, gave a lecture at the College of Europe on

“The Organisation of African, Caribbean and Pacific States: Innovation and Resilience”

Secretary-General CHIKOTI was welcomed by Rector Federica MOGHERINI. In his lecture he addressed the longstanding relations between the European Union and the currently 79 member states of the OACPS from Africa, the Caribbean and the Pacific region. He discussed the most recent developments in this special partnership, as well as the ongoing reorganisation of the OACPS. He also shared his views on the current challenges facing ACP countries in areas such as climate change, economic affairs, the Covid pandemic, and democratisation.

The lecture was followed by very active Q&A session with the students.

H.E. Georges Rebelo Pinto CHIKOTI took up his position as Secretary-General of the Organisation of African, Caribbean and Pacific States (OACPS) on 2 March 2020. A citizen of Angola, Secretary-General CHIKOTI has devoted almost 30 years of his professional career to diplomacy and international relations. Prior to his appointment as Secretary-General, he served as Ambassador Extraordinary and Plenipotentiary of the Republic of Angola to the Kingdom of Belgium, the Grand Duchy of Luxembourg, and Head of Mission to the European Union. Before this, he held several high-level posts within the government of the Republic of Angola, which included Minister of Foreign Affairs, State Secretary for Foreign Affairs in charge of co-operation, and Vice-Minister of External Relations in charge of international organisations. 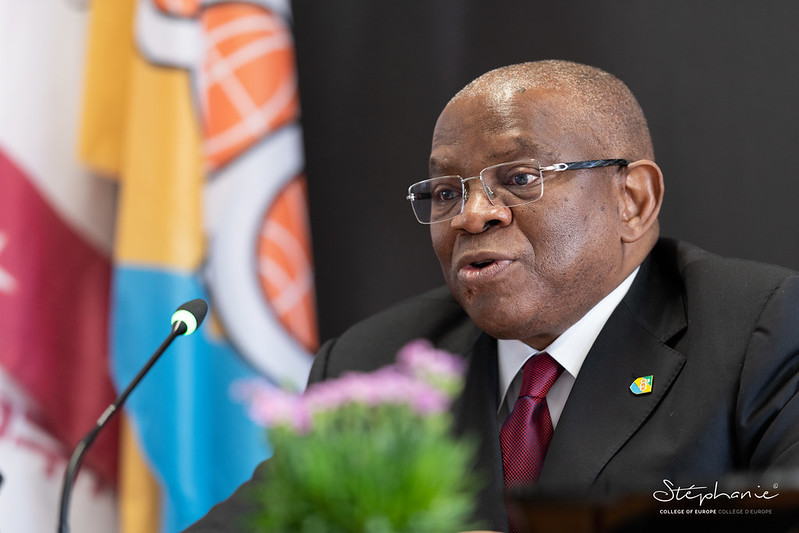