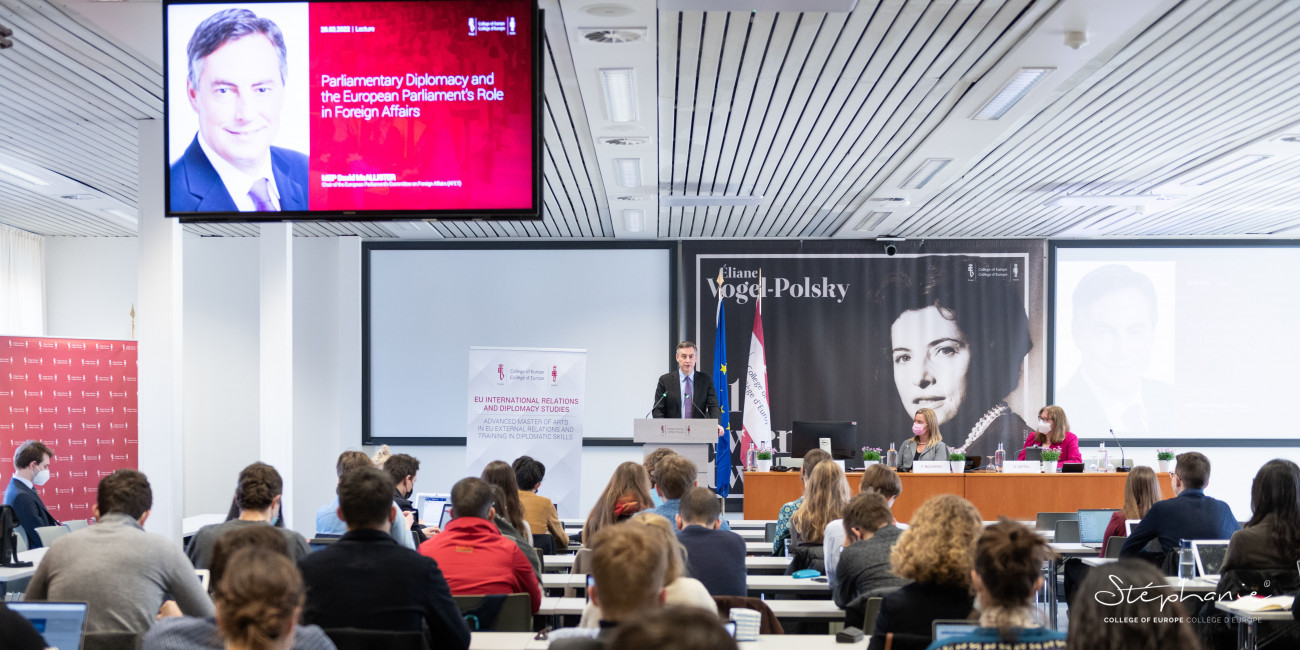 On Monday, 28 February 2022, the Chair of the European Parliament’s Committee on Foreign Affairs (AFET), MEP David McALLISTER, gave a lecture at the College of Europe on

“Parliamentary Diplomacy and the European Parliament's Role in Foreign Affairs”

Mr McALLISTER was welcomed by Rector Federica MOGHERINI. His lecture focused on the role of the European Parliament in the external action of the European Union, in particular in foreign and security policy. He also stressed the value added of parliamentary diplomacy, which allows, for instance, peer-to-peer discussions with politicians in third countries. The MEP supported a greater inclusion of the European Parliament in the Team Europe approach and for closer inter-institutional cooperation on foreign policy files. He also addressed the current situation in Ukraine.

The lecture was followed by a stimulating and wide-ranging Q&A session with the students.

Mr McALLISTER studied law with a scholarship awarded by the Konrad-Adenauer-Foundation and has been a lawyer since 1998. In 2012 he received an honorary doctorate from the University of Edinburgh. His political career began in 1998, when he was elected as a member of the State Parliament of Niedersachsen (Lower Saxony). From 2003 till 2010 he served as Chairman of the Christian Democratic Union (CDU) Group and from 2010 until 2013 as Prime Minister of Niedersachsen. 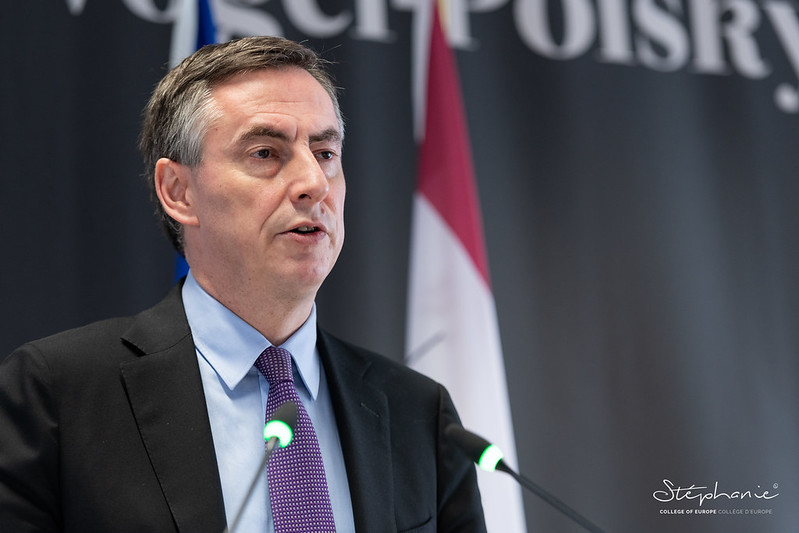