National Weeks are a long-standing tradition of the College. This year, we were the last ones and as much as we wanted to make it a memorable one, we were also restricted because of academic deadlines. However, we held three events which were all very well received by our fellow Veilers!

The Arab-Maltese National week joined four countries, Algeria, Morocco and Tunisia three North African countries and the small island of Malta. We joined together as we are all Mediterranean who love the sun, the sea and most of all the food. Talking about food, we threw a great canteen lunch with starters and main courses including the famous tajine from Algeria, Morocco and Tunisia and a Maltese dessert.

We also held The Phoenix Café with Moroccan tea and delicacies, an event which created a perfect Arabian atmosphere.

For the conference we invited three Maltese Members of the European Parliament who spoke about a variety of topics mainly EU- ACP relations, work in the delegations of the EU to the Arab Maghreb Union and the Union for the Mediterranean, along with delegations of the EU to Russia and to the USA. This was followed by a reception of Maltese sweets and drinks were the MEPs continued to engage and discuss with students on these topics.

Most importantly, our hashtag was #MELAHABIBI…. For those that don’t know any Arabic and Maltese, here’s the explanation: Mela in Maltese (and not mela - apple in Italian) means everything and nothing; it is used all the time and it can be: of course, yes and a word you use when you want the conversation to continue. Habibi in Arabic means either a friend or my love. All in all, these two words combined show our friendly, open and Mediterranean culture.

Our National Week tried to give a small taste of these four countries to our colleagues, we hope that next years’ promotion does the same! 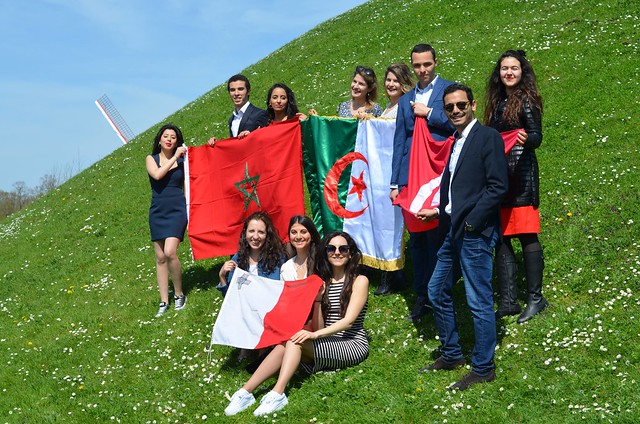