The Central and Eastern European (CEE) National Week took place at the College of Europe, Bruges, during the week of 28 January – 3 February 2019. This initiative brings together students from Ukraine, Czech Republic, Slovakia, Hungary, Poland and Russia.

The week was full of various events. On Monday, they opened the CEE Week with an exhibition about famous figures of Jewish descent coming from Podkarpackie region in Poland, entitled “On your soil I was destined to sing the song of your land”, commemorating the International Holocaust Remembrance Day. The exhibition was followed by a reception and tasting of Polish ecological specialties provided by the Polish Ecology Association – Stowarzyszenie Polska Ekologia.

On Wednesday two great events took place. First, College students tested their knowledge about Central and Eastern Europe during the CEE Pub Quiz, where the best participants won prizes funded by Slovak private sponsors. The second big event of Wednesday night was an opening of an art exhibition by Ukrainian artist Mrs Svitlana LEBIGA, whose artworks were on display in Verversdijk building during the week. The Ukrainian exhibition was accompanied by a Czech degustation cuisine, beers and Slovak wine, all of which were provided by Czech PermRep to the EU, Czech Representation of Plzeň Region (Pilsen), and Slovak PermRep to the EU. This event was a highlight for many, filling Instagram feed with colorful pictures in traditional flower crowns!

Friday morning began with an art workshop of Ukrainian traditional painting tenchinque called “Petrykivka” lead by artist Mrs Yana IVANNIKOVA. This event was a fun opportunity for students to relax and reduce stress at the end of the week.

On Friday, another event transitioned the week from culture to current events and politics. The CEE Conference “Hungary-EU relations: which way forward in light of the 2019 European Elections?” took place, with as honorary guest Mr. Szabolcs TAKÁCS, Minister of State for EU Policies, Prime Minister’s Office, Hungary. The conference provided the College students with the opportunity to get to know more about EU-Hungarian relations with regards to the upcoming European Elections and debate on the future of Europe. The event was followed by a reception of selected Hungarian specialities freshly provided by the Permanent Representation of Hungary to the EU and the Embassy of Hungary in Belgium.

We finished the CEE week with a party on Saturday with as theme the traditional Eastern European wedding, and during the Sunday afternoon, the CEE students screened several movies in cooperation with College Cine Club: Hungarian short films, Oscar-winning:

All in all, this week was full of fun and turned out to be a success. The CEE Team is thankful to everyone who contributed, helped and participated in these events! 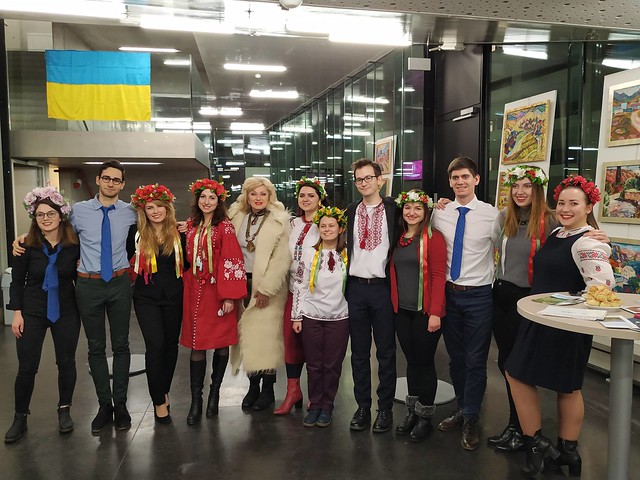