The opening ceremony of the seventy-third academic year of the College of Europe took place in the Concert Hall (‘t Zand, Bruges) on Monday, 24 October 2022 at 11.50 a.m.

Ms Federica MOGHERINI, Rector of the College of Europe, recalled David Sassoli, Patron of the Promotion 2022-2023.

Ms Ewa OSNIECKA-TAMECKA, Vice-Rector of the College of Europe, addressed the Bruges students of the David Sassoli Promotion.

Mr Dirk DE FAUW, Mayor of the City of Bruges, and Mr Carl DECALUWE, Governor of the Province of West-Flanders, welcomed the students in Bruges.

Music was provided by the students of the David Sassoli Promotion.

Speeches by Dmytro KASAKOV and Emilie MEYER, student representatives of the Bruges campus

Photos of the event 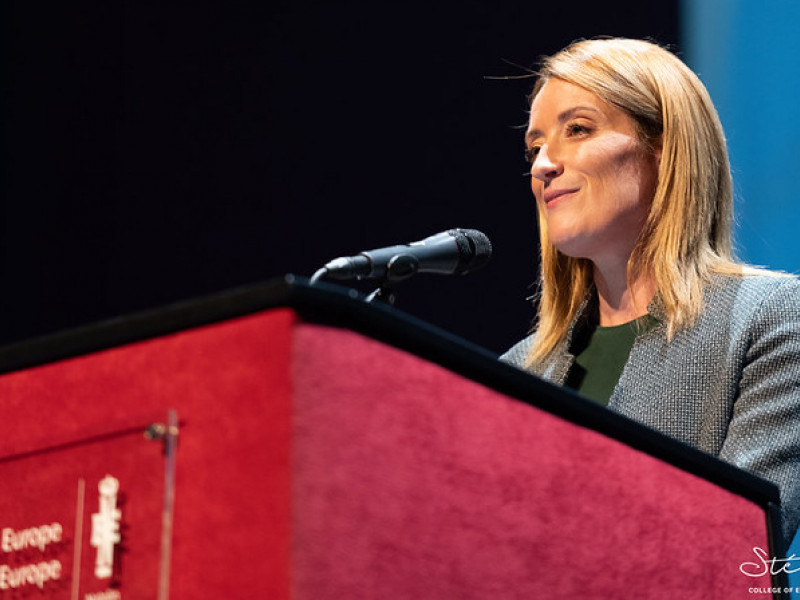 Speech by Mr Dirk DE FAUW, Mayor of the City of Bruges

Speech by Mr Carl DECALUWÉ, Governor of the Province of West-Flanders

Speech by Ms Roberta METSOLA, President of the European Parliament