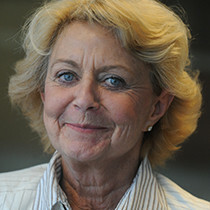 Agnes Hubert is an experienced policy maker and a recognised author on EU gender
equality policy and social innovation in the EU. She is currently the president of the
first European Feminist think tank: Gender5+, associate researcher with Science Po
Paris, visiting professor at the College of Europe and member of the committee of
international and European affairs of the Haut Conseil de l’Egalité of the French
government.
Economist by training she was a journalist before joining the European Commission
where she held senior operational and advising functions dealing with gender
equality and social innovation, contributing to raise these issues at the highest levels
in European institutions.
She has written books (“The European Union and Gender equality, striving for a
better future”, 2022 FEPS Primer series, “L’Europe et les femmes, identités en
movement” 1998 ed.Apogée; democracy and information society in Europe 1997
Kogan Page ed. and two major policy documents on Social innovation for the
European Commission : “Empowering people, driving change: Social innovation in
the European Union” 2010 and “Social innovation a decade of changes” 2014, as
well as a number of peer reviewed academic articles and contributions in the fields of
her expertise. She has taught in the Fletcher School of Law and Diplomacy (Boston),
in Science Po Paris and she has also directed and produced a film on “Eliane Vogel
Polsky, a champion of women’s cause in Europe”)