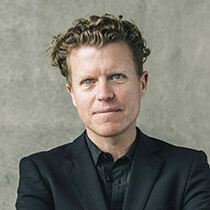 Andreas Goldthau (DE) is the Franz Haniel Professor for Public Policy at the Willy Brandt School of Public Policy, University of Erfurt. He is also Research Group Leader at the Institute for Advanced Sustainability Studies (IASS), Potsdam. Before joining the Willy Brandt School, Andreas Goldthau served as Professor of International Relations at Royal Holloway College, University of London, and as Professor at the Central European University’s School of Public Policy. He was a Marie Curie Senior Fellow with the Geopolitics of Energy Project at the Harvard Kennedy School and an Adjunct Professor with Johns Hopkins’ MSc programme in energy policy and climate. He also held postdoctoral appointments at the Paul Nitze School of Advanced International Studies at Johns Hopkins University, the RAND Corporation and the German Institute for International and Security Affairs.He is non-resident fellow with the Payne Institute at the Colorado School of Mines, the Global Public Policy Institute and the German Council on Foreign Relations (DGAP).

For more information on his work see Google Scholar.