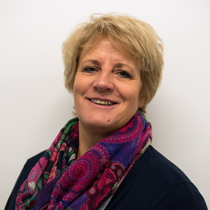 Anne-Françoise Counet (BE) is visiting language professor for French at the College of Europe. She obtained a degree in Linguistics from the Catholic University of Louvain. She also holds a Master's in Intercultural Relations and International Communication from the University of Lille 3, France, and has in this context worked with the Representation of the "Organisation internationale de la Francophonie" to the European institutions. She is specialized in the teaching of French in an international environment and holds a Certificate of Teaching French as a Foreign or Second Language from the Catholic University of Louvain. She taught in the Department of French as a Foreign Language at the University of Lille 3. Since 2007, she teaches courses at the European Commission and at the Council of the European Union in Brussels.