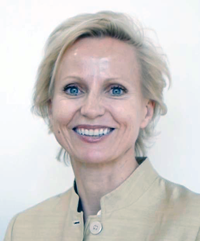 Antje Herrberg (DE) is senior mediation advisor at the European External Action Service, seconded by the German Ministry of Foreign Affairs, working on the policy and operational in-country level to enhance the EU’s capacity in the practice of peace mediation, such as the creation of a new EU Concept in Peace Mediation and guidelines. She has developed her expertise as a mediator, trainer and peace coach over the last two decades, with a focused engagement in 15 cases. She was the co-founder and CEO of mediatEUr, the European Forum for International Mediation and Dialogue in Brussels, facilitating and designing deployments and processes, also providing guidance, training and coaching for senior personnel engaged in conflict. In 2013 she was a senior process design expert of the Mediation Standby Team of the United Nations Department of Political Affairs and she is a member of its roster since 2011. She acted as an EU advisor on conflict transformation to the Georgian State Ministry for Reintegration (2010-12). From 2004-2010, she was Director for Mediation and Dialogue of the Crisis Management Initiative where she was also Chief Facilitation Advisor to the Aceh follow-up peace process for Nobel Peace Laureate Martti Ahtisaari. She created the Black Sea Peacebuilding Network on conflict resolution with civil society and was Project Director for African Union capacity-building on mediation. As an EU Director of Interpeace she became the President of the European Peacebuilding Liaison Office (EPLO). She actively contributed to the creation of the EU mediation concept in 2009, which set the scene for EU practice in peace mediation and designed and created a process that led to setting up the European Institute of Peace. From 2000-2004, she was the Regional Director for Europe at the EastWest Institute, working on trilateral cooperation between Russia, the US and the EU, and on cross-border cooperation in the Balkans and North-West Russia. Prior to that she was a researcher, lecturer, private sector consultant, and peace activist. Dr. Herrberg holds an MA in Mediation from the European University Viadrina, Germany, an M.Econ.Sci in European Economic and Public Affairs from University College Dublin, Ireland, and a PhD in International Relations and Intercultural Communications from Aalborg University, Denmark, as well as two Bachelor's Degrees in Diplomacy and Economics, and currently studies the impact of neuropsychology on conflict and peace negotiations.