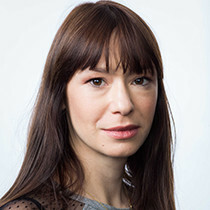 Prof. Benedetta Berti is the Head of Policy Planning in the Office of the Secretary General at NATO. An Eisenhower Global Fellow and a TED Senior Fellow, Benedetta is also Associate Researcher at the Institute for European Studies at Vrije Universiteit Brussels and a Senior Fellow at the Foreign Policy Research Institute. In the past, she has held teaching and research positions at West Point, the Institute for National Security Studies and Tel Aviv University, among others.

Her research focuses on armed groups, internal wars, and protection of civilians. Prof. Berti is the author of four books, including "Armed Political Organizations. From Conflict to Integration" (Johns Hopkins University Press, 2013) and her work and research have appeared, among others, in Al-Jazeera, Foreign Policy, Foreign Affairs, the National Interest, the Wall Street Journal and The New York Times; as well as in academic journals including Studies in Conflict and Terrorism, Parameters, the Middle East Journal, ORBIS, Democratization, Civil Wars, Government & Opposition and Mediterranean Politics.

Her work and research have been awarded numerous awards, grants and fellowships, including the World Politics and Statecraft Fellowship, the Horowitz Foundation Grant, the Lady Davis Fellowship, the Bradley Foundation Fellowship, the Morris Abrams Award in International Relations, the Rosenthal Fellowship and the International Center for Non-Violent Conflict Curriculum Fellowship. In 2015, the Italian government awarded her the Order of the Star of Italy (order of Knighthood).