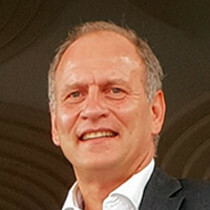 After completing his law degrees (FUNDP Namur, UCL Louvain, EUI Florence), Charles-Michel Geurts (BE) joined the Secretariat General of the European Commission in 1991 as a coordinator for institutional and deregulation issues before joining the 'greffe' (secretariat to Commission and Heads of Cabinet meetings) in 1996.  From 1999 to 2004, he worked at the European Commission Delegation to Hungary, contributing to Hungary's EU accession process first as Head of the contracts and finance section, and then as Political Counsellor. From 2004 to 2008, he was posted as First Counsellor to the Commission Delegation to the United Nations in New York in charge of the political, peace and security portfolio.

Between 2008 and 2013, Charles-Michel worked on human rights as Deputy Head of Division in the European Commission and, since its creation, in the European External Action Service (EEAS), where he was notably in charge of multilateral human rights issues at the UN, coordination of the bilateral human rights dialogues and contacts with civil society. In 2013, he moved to the Asia-Pacific Department of the EEAS, coordinating the work on global issues such as human rights and democracy or climate change. Between 2016 and 2020, he worked, as Deputy Head of Delegation, in the EU Delegation to Indonesia and Brunei-Darussalam in Jakarta.

He has recently joined the EU Delegation to Ecuador as Ambassador/Head of Delegation. Charles-Michel Geurts has published articles on EU institutional, accession and multilateral human rights issues.