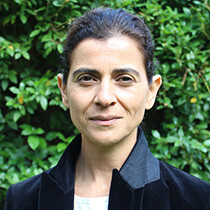 Cristina Poza holds a degree in Arabic Philology from the Complutense University of Madrid and a Master’s degree in Spanish as a foreign language from the Antonio de Nebrija University.