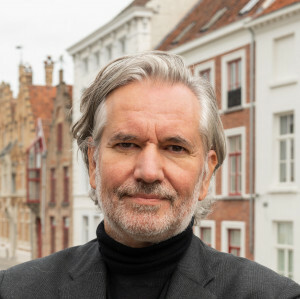 Academic Coordinator of the European General Studies programme (Bruges campus) since May 2021 and a visiting professor in Bruges since 2008. Didier Georgakakis is a Professor of political science at University Paris1 - Panthéon Sorbonne where he holds a Jean Monnet Chair and chairs the Sorbonne Master degree in European public affairs and the joint ENA/Paris 1 Master degree on International and European policies. He was previously a Professor at Sciences-Po Strasbourg (1997-2012) and a junior member of the Institut Universitaire de France (2007-2012). One of the founders of the historical and political sociology of the EU, his teaching and research deal with studies on the professionals of EU policies and governance and broader transdisciplinary perspectives on European integration and transnational social fields.

Among other associative and European activites, Didier Georgakakis has been one of the six founding members of the European Alliance for Social Sciences and Humanities, which represents the SSH community at the European level. As such he played a major role for promoting the research on Democracy, Social Transformation and Culture inside Horizon Europe and for the triplement of European SSH budget.

Interests : Among numerous books and articles on these subjects, he recently publishes The Euro-civil service in (times of) crisis. The changing power of Eurocrats (Palgrave 2017). French version : https://books.openedition.org/psorbonne/21204?lang=fr He also edited, Le Champ de l’Eurocatie. Une Sociologie politique du personnel de l’UE (Economica, 2012, revised for an English version with J. Rowell in The field of eurocracy, mapping EU staff and professionals, Palgrave 2013), or The Political uses of governance. Looking back to a white paper (Barbara Budrich 2012, with M. de Lassalle).