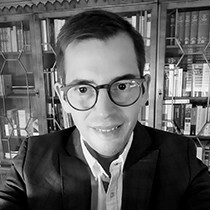 Dominik Hanf received his Law Degree (Erstes juristisches Staatsexamen) and passed the Bar Exam (Zweites juristisches Staatsexamen) in Germany. He holds a Ph.D (Doctor iuris) in Comparative Constitutional Law from the Johannes-Gutenberg-Universität Mainz and a Ph.D (Docteur en droit) in European Law from the Université de Liège, where he also worked as a Senior Researcher (chargé de recherches). Dominik teaches EU Law at the College of Europe since 2002, where he served as a full-time professor in the Legal Studies Department (Bruges, 2002-2012) and as director of interdisciplinary (Natolin, 2007-2009) and general studies (Bruges, 2009-2012). In 2012, he joined what was then the Office for Harmonization in the Internal Market (OHIM) in Alicante, where he currently heads the IP litigation service. Dominik Hanf has also held several visiting professorships in Europe and abroad.