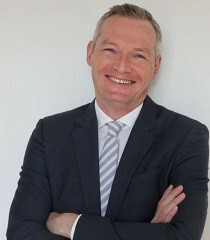 Fabien Gehl is Deputy Head of Technology, Security and Investment Screening at the Directorate General for Trade of the European Commission. He has worked for over 15 years in trade policy, with a focus on Trade in Services, Investment and Digital Trade. As a negotiator for the European Union, he participated in the most recent European trade negotiations with key trading partners and at the World Trade Organization (WTO).

Fabien previously worked with the Mission of the European Union to the World Trade Organization in Geneva and with the WTO Unit of DG TRADE where he worked on the reform of the WTO. He started his career in trade with the Belgian Ministry for Foreign Affairs and External Trade where he represented Belgium in the EU Council’s Trade Policy Committee (services and investment). Prior to that, Fabien was teaching European Affairs at the Swiss Graduate School of Public Administration (IDHEAP) in Lausanne.