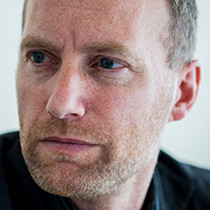 Gareth Harding (UK/BE) is Associate Editor of POLITICO Europe. He is also an adjunct professor at the Missouri School of Journalism and directs their Brussels programme. He was the founder and owner of Clear Europe, a media and communication training company. In addition, he is a frequent guest lecturer at the European Journalism Centre in Maastricht and the IHECS communication school in Brussels.

Before turning to teaching and training, Gareth Harding reported on European affairs for 12 years for European Voice, Time Magazine and from 2002-2006 as Chief European Correspondent for United Press International. He has also written for the New York Times, Washington Times, Wall Street Journal, Guardian, Independent, Politico, Foreign Policy and Foreign Affairs. In 2015-2016 he was a columnist for EUobserver.

Gareth Harding has directed documentaries and conducted dozens of media and journalism trainings around the world. He has also contributed to several travel guides to Belgium, won a European award for his multimedia work and written ‘Reporting Brussels’ – a handbook for journalists now in its fifth edition. He worked as a political advisor in the House of Commons and European Parliament before becoming a journalist. He holds a degree in politics and history from the London School of Economics and a Master’s in communication from VUB in Brussels.