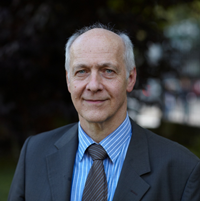 Jacques Rupnik was born in Prague in 1950, educated at the University of Paris and at Harvard, is currently Director of Research at CERI and Professor at Sciences Po in Paris and visiting professor at the College of Europe in Bruges. He holds degrees in history from the University of Paris I-Sorbonne and politics from the Institut d’Etudes Politiques de Paris (IEP), a Master’s in Soviet Studies from Harvard University (1974) and a Ph.D. in history from the University of Paris I - Sorbonne (1978). Former research associate at the Russian Research Center, Harvard University (1974-1975), Eastern Europe analyst for the BBC World Service from 1977 to 1982 he has been based in Paris since he joined CERI, Sciences Po at the end of 1982. Executive director of the International Commission for the Balkans, Carnegie Endowment for International Peace (1995-1996) and drafter of its report Unfinished Peace (Carnegie, 1996) member of the Independent International Commission on Kosovo (1999-2000) and co-author of The Kosovo Report (Oxford UP, 2000); Co-editor of the journal Transeuropéennes (1992-2003).

J.Rupnik has been an advisor to the President of the Czech Republic, Vaclav Havel (1990-1992) and continued to work with him after that. He is a member of the board of the Vaclav Havel presidential library in Prague. Among the various positions held: advisor to the European Commission 2007 - 2010.Member of the scientific committee of the Faculty of Social Sciences, Charles University in Prague (1998-2007);  Member of the board of the Institute for Historical Justice and Reconciliation in The Hague (2010-2017). Member of the board of directors of the European Partnership for Democracy in Brussels (2008-2013). Member of the Research Council of the International Forum for Democracy Studies in Washington (since 2013). He has been a visiting Professor in several European universities and in the Department of Government, Harvard University (2006),