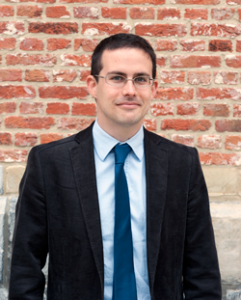 Philippe Perchoc is a thematic advisor to the Director General of the European Parliamentary Research Service. He is based at the Jean Monnet House near Paris, where he supervises the EPRS Jean Monnet seminars.

Before that, he was coordinator of the European Parliament dialogue with religious and philosophical organisations (2019-2021) and previously was a policy analyst responsible for enlargements and neighbourhoods at EPRS since 2015.

He got his PhD in political science at the Institut d’études politiques de Paris (Sciences Po - 2010) on the foreign policies of the Baltic States after 1991. In 2009-2001, he was an Attaché Temporaire d’Enseignement et de Recherches at the Institut d’Etudes européennes of Paris III Sorbonne Nouvelle University and lecturer in Sciences Po Paris (Master in European Affairs) - and after that a Marie Curie Fellow at the Université Catholique de Louvain (2012-2015).

He has mainly published (http://uclouvain.academia.edu/PhilippePerchoc) on the EU accession of the Baltic States and collective memory issues.