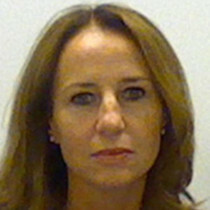 Sabrina Bellosi (IT) is a senior communication expert and speechwriter at the European External Action Service. She coordinates communication activities and campaigns on multilateral and global files, as leader of the Global Communication team, including human rights, climate change, gender equality, and multilateral partnerships, and is also a member of the EEAS Task Force on the Vaccine Strategy. She is communication advisor to the EEAS Secretary General.

From 2014 to 2019 she has been communication advisor to the then High Representative and Vice-President of the EU Commission, Federica Mogherini, in charge of coordinating all the communication and press activities of the Commissioner.

Before moving to Brussels, Sabrina Bellosi has been senior press editor for the AGI news agency in Rome, reporting on foreign and political affairs, and covering national and international major events. She has also written for Il Messaggero, L’Unitá and TG5. She is a member of the scientific council of EURISPES international.

She holds a degree in Literature from the Alma Mater Studiorum University in Bologna and a Master’s in Journalism from the Istituto per la formazione al giornalismo in Bologna.