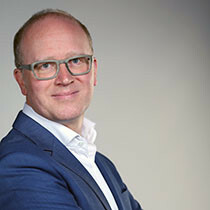 Uwe Puetter joined the Department for European Political and Governance Studies at the College of Europe in 2019. At the Europa-Universität Flensburg, he holds the Professorship for European Integration and European Politics. Prior to this he was Professor of European Public Policy and Governance at the Central European University (CEU) in Budapest, where he had taught since 2004. Uwe Puetter’s research and teaching focuses on European Union (EU) politics and policy-making. He is a leading expert on the European Council and the Council and EU institutional change. His most recent research focuses on contemporary challenges to European integration. The related article ‘The European Union in disequilibrium’ in the Journal of European Public Policy can be accessed here (open access).

Together with his College of Europe colleagues Dermot Hodson and Sabine Saurugger, Uwe Puetter is co-editor of the latest edition of 'The institutions of the European Union' (Oxford: Oxford University Press, 2021).

A trained political scientist, Uwe Puetter received his PhD from Queen's University Belfast, Northern Ireland/UK. He carried out the first comprehensive institutional analysis of the so-called Eurogroup - the informal circle of finance ministers coordinating the economic policies of the euro area countries. For his research on the Eurogroup Uwe Puetter has received the 'Lord Bryce Prize for Best Dissertation in International Relations/ Comparative Studies in 2003-2004' awarded by the Political Studies Association in the United Kingdom, and the 'Ernst B. Haas Prize' sponsored by the European Politics and Society Section of the American Political Studies Association.