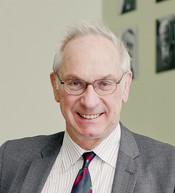 Prof. Dr. Wolfgang Wessels, born in 1948, studied Economics and Political Science at the University of Cologne and in the USA. Since 1981, he is Visiting Professor at the College of Europe, Bruges and Natolin. He was Director of the Institut für Europäische Politik in Bonn (1973-1993) and Head of the Department of Political and Administrative Studies at the College of Europe in Bruges (1980-1996). From 1994 to 2016, he held a Jean-Monnet-Chair at the University of Cologne. He was also a member of the high level group of the European Commission for the reform of the CFSP and for the revision of the Treaty of Maastricht (1995-1997). He held the Chaire Européenne at Sciences Po Paris (1999) and was Jean Monnet Visiting Professor at the Robert Schuman Center for Advanced Studies at the European University Institute in Florence (2000). Since 2016, he is Director of the Centre for Turkey and European Union Studies (CETEUS) at the University of Cologne. Since 2010, he is Vice-President of the German consortium for the foundation of the Turkish-German University, Istanbul. And since 2017, Prof. Wessels is part time professor at the European University Institute in Florence. Moreover, he is the Chairperson of the Executive Board of the Institut für Europäische Politik (IEP, Berlin) and was Chairperson of the Executive Board of the Trans European Policy Studies Association (TEPSA, Brussels) until 2016. He is involved in several research and teaching networks such as EUCOPAS, VIADUCT and FEUTURE. His research and teaching priorities focus on the roles of the European Council and on the relations between the EU and Turkey.

In 2007, he was awarded the Jean Monnet medal in gold for lifelong learning. In 2011, he was awarded an Ad personam Jean Monnet Chair and the UACES Award for Lifetime Achievement in Contemporary European Studies. In 2015, he was awarded with the “Universitätspreis Forschung“ by the University of Cologne for his excellence in research, and in 2016 with the Vision for Europe Award of the Prague European Summit.

Prof. Wessels is co-editor of the " Jahrbuch der Europäischen Integation" (37th Edition) and the "Europa von A-Z, Taschenbuch der europäischen Integration" (14th Edition) and has published widely in leading Journals and edited volumes. Prof. Wessels has published a book on the European Council with Palgrave in 2016. His research and teaching priorities are the role(s) of the European Council (see the TRACK project) and the relations between the EU and Turkey (see the CETEUS website).

Prof. Wessels has become honorary chairman of the Institut für Europäische Politik (IEP) in Berlin in 2019.