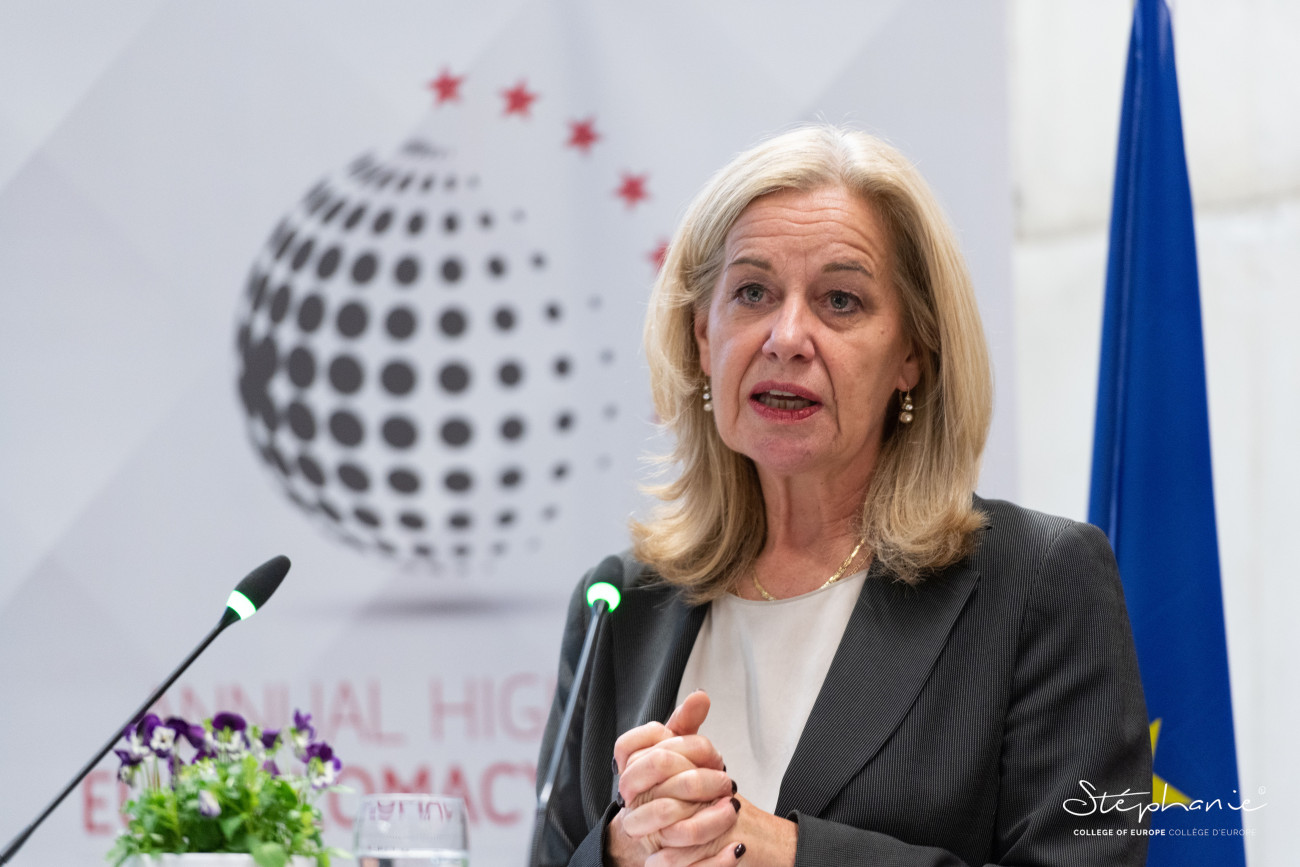 The Department of EU International Relations and Diplomacy Studies at the College of Europe held the ninth annual “EU Diplomacy Lectures” in Bruges on Thursday, 13 October 2022, followed by a short Q&A session.

“Gender Equality in EU Foreign and Security Policy: A Question of Leadership”

Gender equality is a core value of the EU, a fundamental right, and a principle enshrined in the UN Charter of 1945, the founding treaty of the international community. Still, at the global level, the fight for gender equality and non-discrimination has never been more urgent. With progress slow in areas that seemed consensual before, and realised rights being contested in several multilateral forums, the questions of why this should be the case – and whether we can reverse the negative trend – present themselves. In this lecture, Stella RONNER- GRUBAČIĆ, EU Ambassador for Gender and Diversity, will discuss the different interpretations of the gender equality agenda, its complexities, and its interrelationship with the principles of diversity and non-discrimination. She will explain why this is a question that needs to be addressed in the context of the EU’s foreign and security policy and discuss why gender disinformation campaigns and increasingly complex mandate negotiations are designed not just to undermine the unity of the EU, but to threaten peace, security and human rights in all democratic states, across Europe and beyond.

Ms Stella RONNER- GRUBAČIĆ was on 1 July 2021 appointed as the Ambassador for Gender and Diversity at the European External Action Service (EEAS).

After having obtained her Master’s degree (European Studies) at the University of Amsterdam in 1989, and having finished post-graduate studies of International Relations at the Clingendael Institute in The Hague, Ms RONNER- GRUBAČIĆ started her diplomatic career at the Dutch Foreign Ministry in 1991. She worked in the Foreign Ministry’s multilateral department, after which she was posted at the Embassy in Belgrade. Her following posting in Paris was preceded by a year (‘cycle international’) at the Ecole Nationale d’Administration in Paris.

In 2001, Ms RONNER- GRUBAČIĆ was seconded to the OSCE Mission to the Former Republic of Yugoslavia. Following that, she became Spokesperson to former Foreign Minister Jaap de Hoop Scheffer, at the time when the Netherlands had the OSCE Chair. In 2004, she took up the position of Spokesperson for the Dutch EU Presidency. Following various other positions in the Ministry in The Hague, including as Ambassador for the Millennium Development Goals, she was appointed Ambassador to Croatia in 2010. After having served in The Hague as Director of Communication, Ambassador RONNER- GRUBAČIĆ was accredited as Ambassador to Romania and the Republic of Moldova. From Bucharest, she moved to Athens, where she was accredited as the Ambassador of the Kingdom of the Netherlands to the Hellenic Republic in September 2019 until her appointment to her current position.

Published version of the lecture 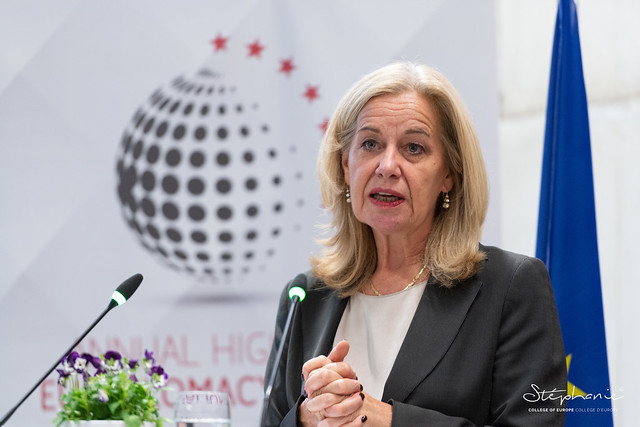