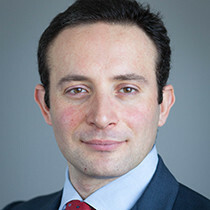 Emiliano Tornese is Deputy Head of the Resolution and Crisis Management Unit in the European Commission’s DG for Financial Stability, Financial Services and Capital Markets Union. In that capacity, he is involved in the negotiations on the completion of the Banking Union, EDIS and ESM backstop. He has been involved with the preparation and negotiation of the BRRD and TLAC implementation, and with the preparation, negotiation and launch of the Single Resolution Mechanism. Emiliano Tornese is also Part-time Professor at the Florence School of Banking and Finance, based at the European University Institute.