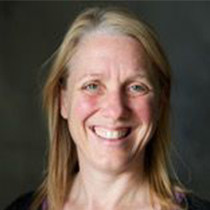 Gill Allwood (UK) is Professor of Gender Politics at Nottingham Trent University, UK. She was subject leader for European Studies 2003-15 and is currently Director of Postgraduate Research for the School of Arts and Humanities. In 2020, she was awarded the Vice Chancellor’s Outstanding Researcher Award. She has published widely on gender and EU policy, in particular gender mainstreaming, development, migration and climate change (see full list of publications ). She worked with CONCORD to research and write a report on the implementation and impact of the second Gender Action Plan (GAPII) and has co-authored a report on the implementation of Agenda 2030 for the European Parliament. She was Editor of the Journal of Contemporary European Studies, 2014-18, and is on the International Advisory Board of the European Journal of Politics and Gender.

“The Implementation of the 2030 Agenda’s Principles of ‘Leaving-No-One-Behind’ and ‘Addressing the Needs of Those Furthest Behind First’ in the EU’s Development Policy”, Brussels: European Parliament, 2022 (with James Mackie).

“Mainstreaming Gender and Climate Change to Achieve a Just Transition to a Climate-Neutral Europe”, Journal of Common Market Studies 58, S1 (2020): 173-186.

“Agenda-Setting, Agenda-Blocking and Policy Silence: Why is there no EU Policy on Prostitution?”, Women’s Studies International Forum 69 (July-August 2018): 126-34.