Conference: "Katowice Rulebook - what’s next" and the Coal Regions in Transition and the Energy Community

On 12-13 September 2019, the College of Europe in Natolin brought together partners from the EU and its neighborhood to discuss cooperation in implementation of the Katowice Rulebook to the Paris Agreement and transition from coal and the Energy Community.

The two-day event composed of workshops and high-level policy talks was organized with the COP24 Polish Presidency, the Energy Community Secretariat, the European Commission and the World Bank.

On the eve of the UN Climate Action Summit on 23 September 2019, the workshop "Katowice Rulebook – what’s next" held at Natolin on 12 September facilitated discussion between the Energy Community contracting parties with the COP24 Polish Presidency and the UNFCC Secretariat on the legal requirements of the Katowice Rulebook and methods of their achieving, including mitigation, adaptation, and transparency of the process. The Katowice Rulebook, agreed at the COP24 Climate Change Conference held in December 2018 in Katowice, Poland, is a robust set of guidelines designed to operationalize the climate change regime contained in the Paris Agreement.

A group of Natolin students - members of the Natolin Energy Governance Nest - also had the opportunity to attend the workshops.

Then, on Friday 13 September 2019, the best practices in implementation of the Coal Regions in Transitions initiative in the EU were presented during a High-level Political Talk. Next, at a Round Table representatives of coal regions from Montenegro, the Czech Republic, Germany, Greece, North Macedonia, Ukraine and Poland, shared the challenges faced and their lessons learned in planning and implementation of energy transition. The second Round Table held that day gathered representatives of industry, NGOs and social partners from Bosnia and Herzegovina, Kosovo*, Poland, Romania, Serbia, Spain and Ukraine. They presented their views on what they perceive as the top priorities for governments and international partners to be aware of during transition, and how, as stakeholders, they contribute to energy transitions in their respective coal regions.

The High Level Policy Talk marked the beginning of a substantial trilateral dialogue between governments, the civil society and the business sector on lessening the burden on the states, the citizens, the business and the environment in the process of coal transition. This novel approach has been dubbed "The Natolin Formula".

*This designation is without prejudice to positions on status, and is in line with UNSCR 1244/1999 and the ICJ Opinion on the Kosovo declaration of independence. 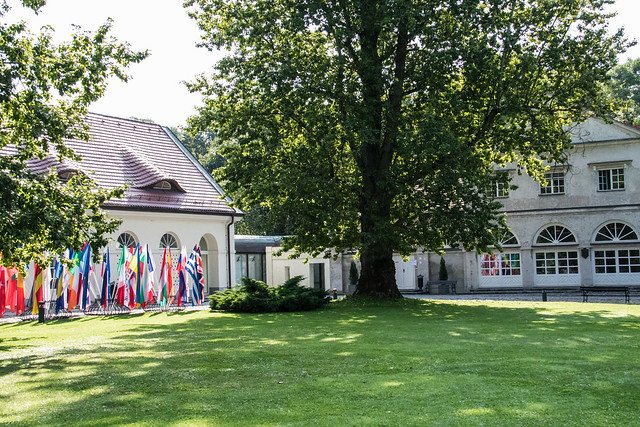 The event was organized in cooperation with: