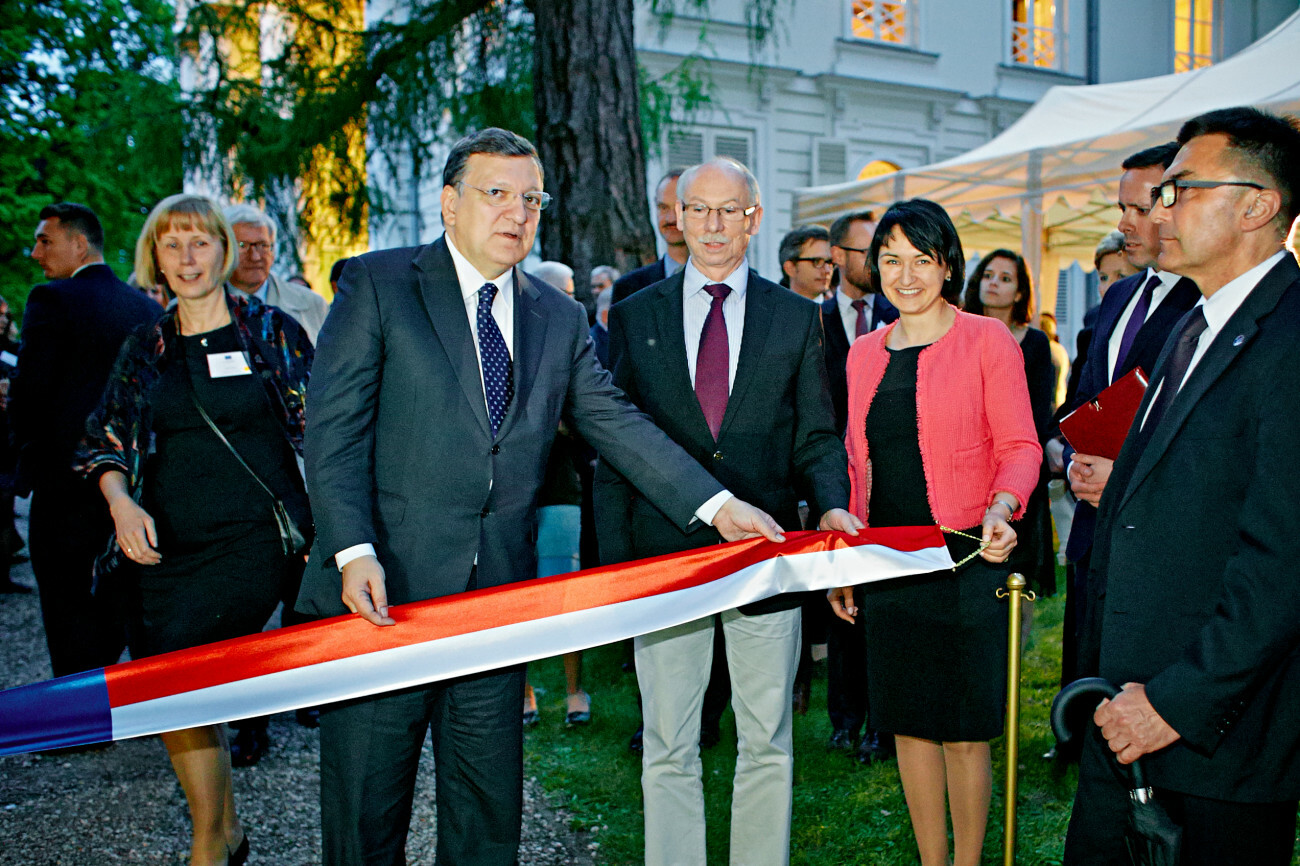 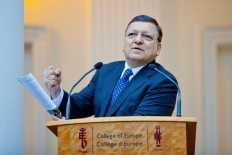 Evoking the College’s foresight in building the intellectual foundations for European Unity with the establishment of its Bruges campus in 1949 and Natolin campus four decades later, he argued that the College was "a revealing illustration of the power of ideas and culture in the construction of European unity". He went on to say: "Indeed the purpose of the College of Europe is not only for students from all over Europe to study together but also to live together. To study together is key to promote excellence, to stimulate exchange of ideas and best practices… to live together is key to promote mutual respect and understanding. It contributes to the shaping of a European identity based on unity in diversity."

Later in his speech, entitled Moving towards a Conscience of Europe, he celebrated the success of recent enlargements in strengthening "the European Union's position as a global economic and political player" and added that "Enlargement has made Europe more stable and stronger". He also praised Poland in particular, applauding: "Poland's deep commitment to the European Union cause that has proved to be a powerful asset for the European Union as we had to face the worst financial, economic and social crisis since the start of European integration."

He concluded by calling for greater leadership in Europe and the building of a European conscience and he stressed the College of Europe’s role in this: "How to create this consciousness remains our task for the years to come; a task for you, the future leaders of Europe who have had the great privilege to be trained in the College of Europe. I am confident you will be up to it!" The full speech is available here.