Following the success of previous summer schools held at the Natolin (Warsaw) campus of the College of Europe, the European Neighbourhood Policy Chair organized the 4th ENP PhD Summer School on "The ENP under Pressure: Conceptual and Empirical Understandings of EU Foreign Policy towards the Southern and Eastern Neighbours".

The Summer School took take place from 23 June to 1 July 2016 at the College of Europe, Natolin campus in Warsaw. The event was organized in collaboration with the ECPR, the ECPR-SGEU, and TEPSA.

The purpose of this summer school was to bring together and train a group of PhD students in theoretical, empirical and research-strategic issues on the subject matter, as well as to encourage the exchange of their expertise. Additionally, the aim was to support the participants in furthering their research projects. The ENP PhD Summer School invited political science applicants who specialize in various sub-disciplines, including EU Integration Studies, International Relations, Comparative Politics, Peace and Conflict Studies, and Public Administration. The full programme is available here. 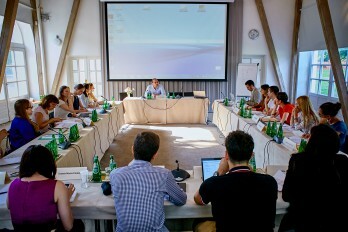 The ENP PhD Summer School was held at the Natolin campus of the College of Europe and focused on both the eastern and the southern dimension of the ENP. Each day, invited academics gave lectures on a subject related to the theme of the summer school and provided participants with feedback and comments on their PhD projects. The topics presented during the lectures included, among others: 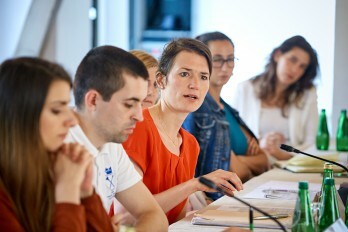 The school offered PhD students an opportunity to present their work in progress and benefit from academic support on issues relating to their individual PhD projects. In this respect, PhD students were expected to circulate their paper before each presentation, and each presentation was assigned to a discussant/lecturer who was supposed to prepare a number of specific comments.

All of the students’ presentations were followed by substantive discussions about how to improve their research theoretically, conceptually, methodologically and with regards to the case studies and the evidence used.

The ENP Chair provided 16 successful applicants with a grant covering accommodation and full board during their stay at the Natolin campus of the College of Europe.