The College of Europe Natolin campus, the magazine Teologia Polityczna, the National Center for Culture Poland, the Centre for French Culture and Francophone Studies of the University of Warsaw and the War Studies University in Warsaw organized the academic conference "Solidarity and Mercy" on 28-29 November 2016. The conference took place at the Natolin campus of the College of Europe in Warsaw.

“Mercy and solidarity are two of the most important ideas born in the 20th century in Poland. The impact of these ideas might boldly be called global. In the contemporary understanding, the former is inseparably related to the person and work of St. Faustina KOWALSKA, while the latter to the Polish Solidarność, the great movement against communism and totalitarianism” – said Dariusz KARŁOWICZ, the 'ideator' of the conference and the editor-in-chief of Teologia Polityczna.

The conference closely analyzed both ideas, which form perhaps the most important Polish response to the catastrophes of the 20th century. The patron of the considerations was St. Faustina KOWALSKA and her "Diary".

By examining common features of Solidarity and Mercy, the conference aimed to find essential but still unidentified answers to the absolute claims behind the two totalitarianisms of the 20th century. Ms Chantal DELSOL, French eminent philosopher, as well as representatives of Polish academia were invited to join the discussion. 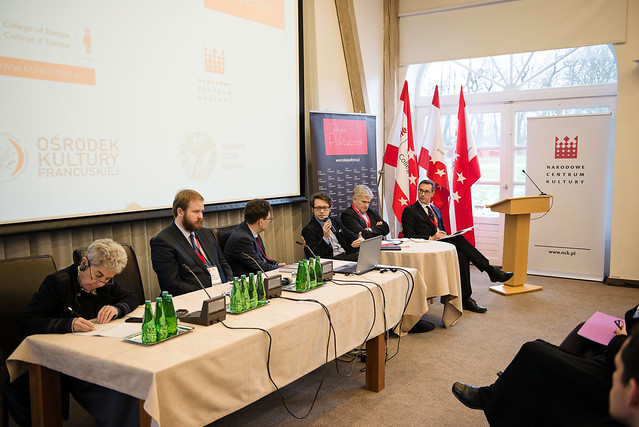