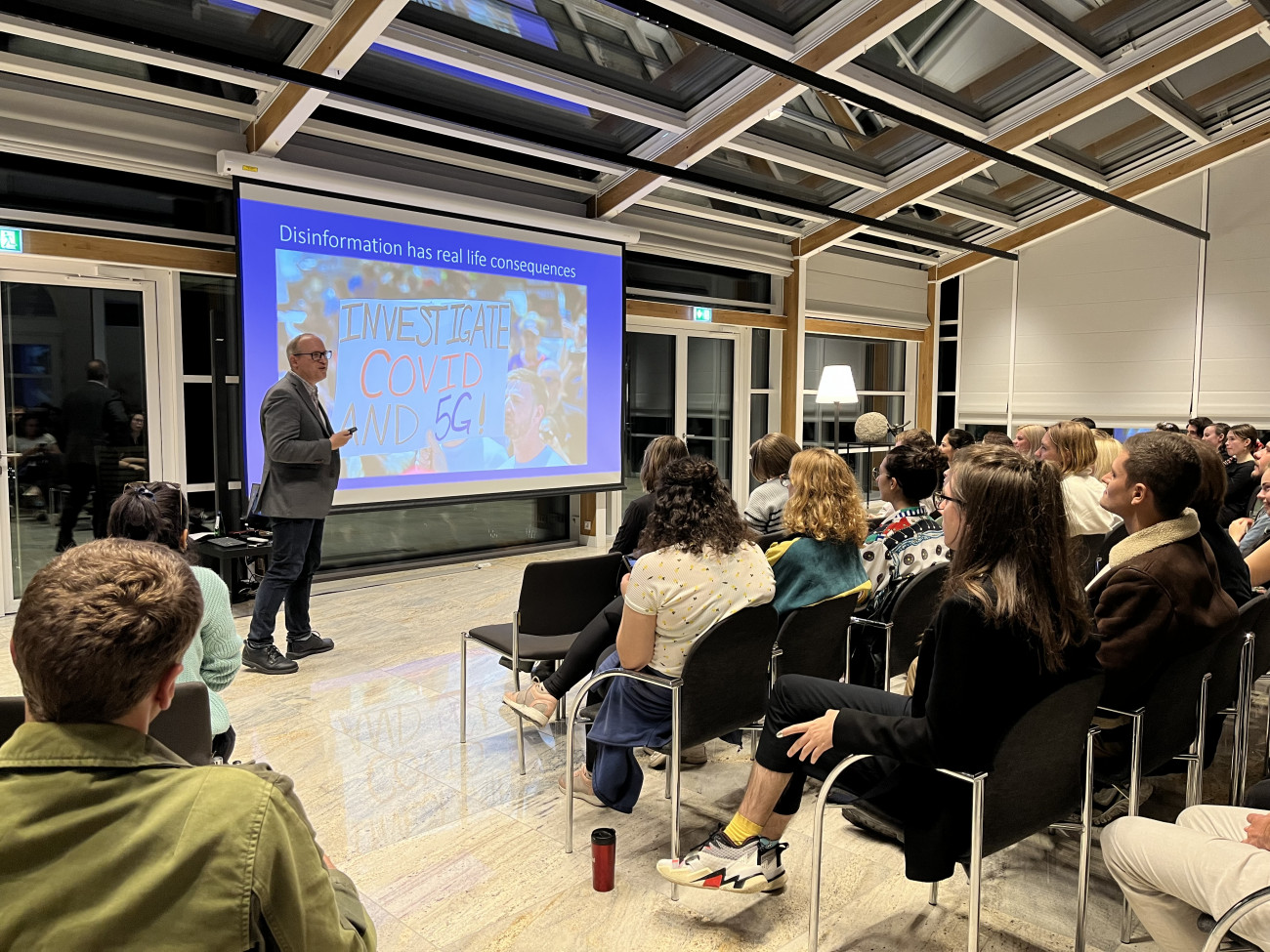 "Challenges of Journalism Today" - A Fireside Chat with Journalists from the Reuters, Euronews, France24 and BBC News

The Natolin Media and Disinformation Nest had the pleasure of organising a special fireside chat discussion on the challenges in journalism and media faced today by professional journalists, to explore the role and experience of journalists in today’s information and media sphere.

The speakers combined experience of many years working as journalists in many regions around the world. They discussed their career paths, described the work of contemporary journalists, what opportunities and difficulties they face, including online disinformation, trolling and hate, and shared reflections on their role in politics and society. The discussion was also be a chance for students to get first-hand accounts from professionals working in the field.

The format of the event was in the style of a fireside chat – an informal, off-the-record Q&A style discussion.

Ms Agnieszka PIKULICKA-WILCZEWSKA is a journalist with Reuters based in Poland and former editor with New Eastern Europe magazine. She was previously based in Uzbekistan and covered politics and society in Central Asia, Afghanistan and Lebanon. Over the course of her work, she reported from a number of countries in Europe, Middle East and Asia, including Ukraine, Iran, and Turkmenistan among other places. Her first non-fiction book on Uzbekistan will be published in 2023 by Wydawnictwo Czarne.

Ms Magdalena CHODOWNIK is an award-winning Polish journalist with an extended experience as a foreign correspondent and broadcast producer. She has been reporting from the EU, Southeast Asia, Eastern Europe and Caucasus, Southeast Europe, GCC, the US, and her country of origin - Poland. She is the Polish Ministry of Culture and Heritage scholarship recipient, Thomson Reuters Foundation alumni, fellow at the Balkan Fellowship for Journalistic Excellence, and Unger Scholarship bursar. Currently she is working as a correspondent in Poland for several Western media, primarily for Euronews and France24 but not only - her name appears in bylines of The Guardian, CNN, New York Times, Le Soir, French Public Television amongst others.

Dr Zhanna BEZPIATCHUK is the BBC News Ukrainian bilingual correspondent, covering Ukraine for BBC global and Ukrainian audiences. Within last year she has been covering the war in Ukraine, travelling all across the country and contributing to the BBC World Service and UK output. Zhanna is the co-author of BBC investigative documentaries “Are Chernobyl Fires Unlocking Radiation?” and “Dead Land” (about flooding mines in the Donbass). Before joining BBC she was a correspondent with Radio Free Europe/Radio Liberty in Ukraine and in Brussels. She also worked as a foreign affairs editor for independent public media Hromadske.UA and foreign correspondent for the Ukrainian Weekly. She has a PhD in Mass Communications from Kyiv-Mohyla Academy.