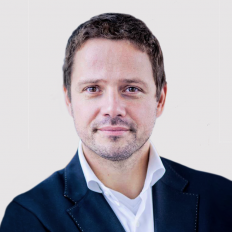 On Wednesday 18 June 2014, the Natolin (Warsaw) campus of the College of Europe held its Closing Ceremony for the Voltaire Promotion 2013-2014.

The ceremony began with a welcome speech by the Vice-Rector, Ms Ewa OŚNIECKA-TAMECKA, and a closing address by the Rector, Professor Dr Dr Jörg MONAR. In the latter, the Rector congratulated the students on living up to the challenge he gave them at the start of the year, to take full advantage of the many possibilities and opportunities offered by the College of Europe and its Natolin campus.

The keynote speech was given by special guest Mr Rafał TRZASKOWSKI, Minister of Administration and Digitalization in Poland, former MEP and Natolin alumnus of the Alexis de Tocqueville 1996-1997 Promotion. During his speech, Minister TRZASKOWSKI shared with the students his fond memories of his time as a student at Natolin, pointing out that it was on this same campus that he had first seen his future wife, the sister of one of his fellow students. Speaking of what he had learned at Natolin, he underlined how much this had contributed to his career in politics. He emphasized particularly the importance of the interdisciplinary programme and the College’s unique multicultural community. He urged the students to use the experience and knowledge acquired in order to actively contribute to the European project.

New at the ceremony was the announcement of the results of the Swiss Competition on Federalism organized by the Embassy of Switzerland in Poland, made in person by the Swiss Ambassador, H.E. Mr Lukas BEGLINGER. This was won by Mr Ion PAGOAGA-IBIRICU who, as a result of his successful research proposal submitted to the competition judges, was awarded a fully-funded 3 month research internship at the Institute of Federalism in Fribourg, Switzerland.

There followed a set of farewell speeches by the Voltaire Promotion Student Representatives, Mr Adrien BEAUDUIN (BE), Ms Maria GUTIERREZ MARINA (ES) and Ms Anastasiia MYKHAILOVA (UE). Closing the ceremony, the Vice-Rector delivered a farewell address to the outgoing promotion on behalf of the entire staff team at the Natolin campus. She emphasized that the students should embark on their professional careers believing in their dreams and aspirations and in the power of individuals to make lasting change.

The ceremony was followed by a performance by the Natolin Choir and lunch in the Natolin Palace Gardens.