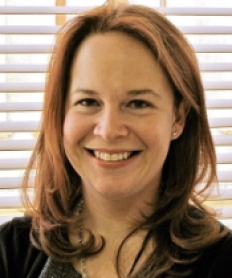 On 15 January 2015, the Natolin (Warsaw) campus of the College of Europe hosted the first European Neighbourhood Policy Chair conference lecture of 2015, which dealt with the recent developments and future perspectives of the Nagorno-Karabakh conflict in the South Caucasus.

The speaker, Dr Sabine FREIZER, is currently a nonresident senior fellow with the Dinu Patriciu Eurasia Center at the Atlantic Council in Washington D.C., as well as a board member of the Eurasia Partnership Foundation and an alumna of the College of Europe. The audience of around 70 people was composed of students from the current promotion of the College, Warsaw-based researchers, as well as Warsaw-based diplomats.

Dr FREIZER shared her insights about the influence of the global geopolitical situation on current and recent political and conflict-related developments in Armenia and Azerbaijan, particularly in light of the war in Ukraine and Russia’s annexation of the Crimea. One of the main points raised during the lecture was the current and future structure of the peace negotiations regarding Nagorno-Karabakh that have been ongoing for over twenty years. In her talk, Dr FREIZER assessed the functions as well as the internal dynamics of the Minsk Group, co-chaired by France, Russia, and the USA, and emphasized the key role that an empowered civil society should play in the resolution of the conflict. Moreover, she stressed the need for the conflict parties to engage in trust building and to generate a compromise-oriented attitude in a context of increasing hostility, growing military budgets, and an information war.

Dr FREIZER also engaged in a lively and fruitful discussion with several participants in the Q&A session. Among others, questions concerned the political influence of Russia as one of the three co-chairs of the Minsk Group, mutual perceptions and attitudes of societies, the current and future status of Nagorno-Karabakh, major economic challenges the conflict parties are exposed to, and the potential implications of the current conflict and its potential escalation for the wider region.

Sabine FREIZER is a nonresident Senior fellow with the Dinu Patriciu Eurasia Center and the Program on Transatlantic Relations. A graduate of Dartmouth College, Dr FREIZER has a PhD from the London School of Economics and a Master's degree from the College of Europe (Bruges), which she gained as a Fulbright scholar. She has been a board member of the Eurasia Partnership Foundation since 2009 and is based in Istanbul, Turkey.