ENP Round table: "The Global Strategy and the 2015 ENP – Fostering Dialogue and Negotiation: Towards a Peaceful Southern Neighbourhood?"

This round table aimed to discuss the EU’s involvement in regional conflicts in its Southern neighbourhood, with a particular focus on the Middle East Peace Process, the war in Syria and the situation in Libya. Against the background of the recently adopted Global Strategy and the revised ENP, the round table sought to examine the extent to which the EU and individual member states play an active role in regional conflict management and resolution efforts, at the same as identifying additional opportunities for engagement provided by the two strategic documents.

About the speakers:
Mr Wolfgang MÜHLBERGER is a Senior Research Fellow at FIIA (Finnish Institute of International Affairs) where his work focuses on the MENA region and Euro-Mediterranean relations.  Previously, he worked as researcher at the Austrian Defense Academy (Institute for Conflict Management and Peace Support), with the Economist Intelligence Unit as Director of Government Relations MENA and as Political Officer/DCM for the Austrian Ministry of Foreign Affairs in Ramallah/oPt. In 2012 and 2011 he was visiting fellow at NATO’s Defense College in Rome and visiting researcher at the INSS in Tel Aviv. Wolfgang completed an M.Phil. in Islamic and Arabic Studies and an M.Sc. in Economics and Business Administration while conducting research and learning Arabic in Morocco, Tunisia, Syria and Yemen. He is the author and co-author, respectively, of monographs on progressive Muslim reformers and on Syrian civil war scenarios. His current research focus lies on the transition in Tunisia, taking concrete shape in managing the European Commission funded project "Tunisia’s transformation: the first five years" in the framework of EuroMeSCo and supported by IEMed, Barcelona.

Mr Pierre VIMONT is a French Ambassador and law graduate of SciencesPo Paris and of the National School of Administration (ENA). He is a Senior Associate at Carnegie Europe in Brussels. After graduating in 1977, he entered the French diplomatic service and served in London, Brussels and Paris. He was appointed Ambassador and Permanent Representative of France to the European Union in 1999. After three years as Ambassador in Brussels, Mr Pierre VIMONT then returned to Paris where he stayed until 2007 as the Chief of Staff for three ministers of foreign affairs. Subsequently, he was then appointed as Ambassador of France to the United States of America and served in Washington D.C. until 2010.  In October 2010, he became Executive Secretary General of the European External Action Service, a position that he held until February 2015. In June 2015, he has been appointed by President TUSK as Personal Envoy for the preparation of the Valletta Summit on migration.

Dr Mark FURNESS is a researcher in the Bi-and Multilateral Development Cooperation department at the German Development Institute (DIE). His current research and policy advisory work focuses on German and EU development policy, development cooperation with the Middle East and North Africa, aid effectiveness, fragile and conflict-affected countries, crisis response and resilience. He has recently published research articles on policy coherence and the EU's handling of the security-development nexus, and development cooperation with Libya. He is currently working on a study of German aid in the MENA region since 2011 and an analysis of EU decision-making in the context of the 2015 European Neighbourhood Policy review.

Ms Lisbeth PILEGAARD is the founder and CEO of Pilegaard Consulting – providing technical, managerial and strategic guidance on foreign affairs often in conflict settings and fragile states. She has over 20 years of civil society experience as manager of several humanitarian organisations and programmes based in Asia, Africa, the Balkans, Caucasus and the Middle East.  Ms PILEGAARD is a Civil Society Expert elected to the Board of Directors and the Vice-chair of the Executive Committee of the Brussels-based European Endowment for Democracy.  During 2015, she was seconded by the Danish Ministry of Foreign Affairs as a Humanitarian Affairs Expert Adviser to support the UN High Level Panel for Humanitarian Financing. Prior to consulting, she headed the Department for Middle East & North Africa at KVINFO – a leading Danish institution on Gender, Equality and Diversity. Here she lead the development of strategic partnerships between Denmark and the MENA region, working with over 90 partners within the public, private and civil society sector and the academic world to help increase women’s economic, social and political participation in the region. From 2005 to 2011, Ms PILEGAARD headed the technical programme support for the NRC- Norwegian Refugee Council’s operations in more than 20 countries and established and ran NRC in Afghanistan, Pakistan and Iran as Regional Representative from 2002 to 2005. 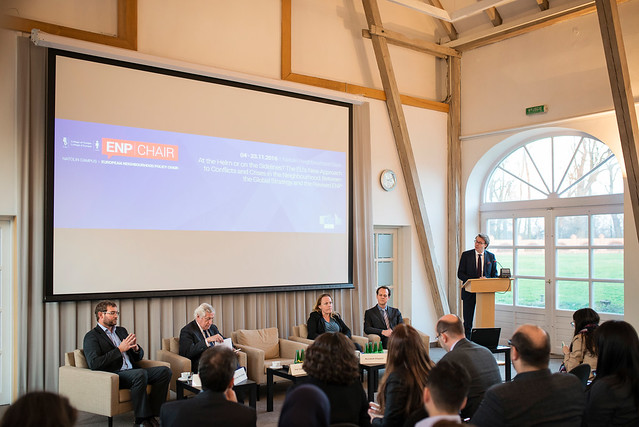