In Search of Resilience in the EU and its Neighbourhoods: Reconciling Democracy and Security?

The Summer School took take place from 21 to 30 June 2017 at the College of Europe in Natolin. The event was organized in collaboration with the ECPR, the ECPR-SGEU, and TEPSA.

As every year, also this year's Summer School focused closely on EU foreign policy (EUFP) more generally and the European Neighbourhood Policy (ENP) in its eastern and southern dimensions in particular, as well as on political, security, economic and social developments in the EU's neighbourhood countries. The aim of the ENP PhD Summer School is to provide PhD students with a unique programme combining lectures by leading scholars, experts and practitioners, with the opportunity to present their PhD projects and benefit from expert advice and tailor-made feedback. It is destined to familiarize and deepen PhD students' cross-disciplinary knowledge of EUFP analysis towards the EU's neighbours, make them aware of specific regional and domestic dynamics in the EU's neighbourhood, and equip them with relevant methodological and conceptual tools. In addition, the Summer School helps PhD students and young academics to expand their personal and professional networks. Framed by a truly topical and contested theme of reconciling the European Union's and its neighbours' search for democracy and security in view of growing internal instability and external security challenges, the 2017 edition of the ENP PhD Summer School brought together both research on, and researchers from, the EU and its neighbourhoods to discuss their doctoral projects in the context of the outlined issues. The ENP PhD Summer School concentrated on analyzing conceptually and empirically the dynamics between the European Union and its eastern and southern neighbourhoods, with a special focus on the nexus between democracy and security, state and societal resilience. Both democracy and security are at the core of the EU's transformative engagement in its neighbourhoods. Since 2014, and particularly with the adoption of the revised European Neighbourhood Policy strategy in 2015, state and societal resilience have come to supplement the EU's multifaceted engagement in neighbourhood state-building, regional economic and development-related stabilization initiatives, including the increased cooperation on internal and external security challenges. Understanding the perplexing nature of the democracy-security nexus in the emerging meta-political framework of the EU's resilience strategy is central to the analysis of the social and political transformations in Europe and its neighbourhoods. The ENP Chair provided 16 successful applicants with a grant covering accommodation and full board during their stay at the College of Europe in Natolin.

The next edition of the ENP PhD Summer School will take place in the summer 2018. For more information please visit the official website of the school: www.enpsummerschool.eu. 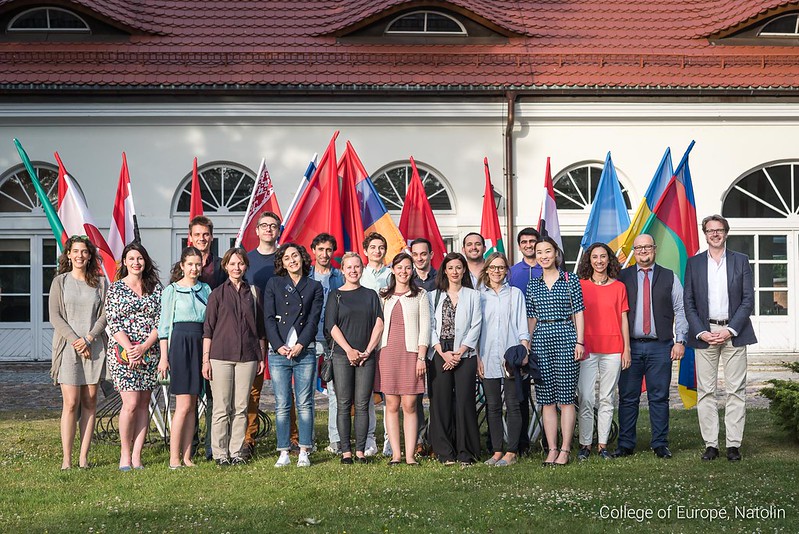