The 7th European Neighbourhood Policy PhD Summer School of the College of Europe in Natolin took place between 15-21 August 2019 in the mountainous Alpine village of Alpbach (Austria) and was an integral part of the prestigious European Forum Alpbach (EFA) – an interdisciplinary platform for science, politics, business and culture, connecting international decision-makers from all sectors of society with committed young people and an interested audience.

This year’s ENP PhD Summer School revolved around the theme "The EU and its Southern and Eastern Neighbourhood. Reconciling Liberty and Security". Touching upon the consolidation of authoritarian structures and democratic backsliding in many of the EU’s southern and eastern neighbours, the Summer School’s thematic focus was embedded in the EU’s quest for resilience abroad and its newly found foreign policy Leitmotif "principled pragmatism".

The EU and its Southern and Eastern Neighbourhood. Reconciling Liberty and Security

The 2019 edition of the ENP PhD Summer School brought together both junior academics to present their on-going doctoral projects related to the ENP and/or EU neighbourhood dynamics and world leading senior scholars who offered feedback and lectures.

The ENP PhD Summer School concentrated on analyzing conceptually and empirically the dynamics between the European Union and its eastern and southern neighbourhoods, with a special focus on the nexus between the EU Global Strategy and the 2015 ENP on one hand, and the EU’s quest for state and societal resilience beyond the EU’s borders on the other. While the promotion of liberty, democracy and security have been at the core of the EU’s transformative engagement in its neighbourhoods for many years, the adoption of the revised ENP in late 2015 added the promotion of state and societal resilience to the EU’s foreign policy objectives in its "near abroad". Understanding the interaction between the focus on resilience and "principled pragmatism" and the transposition of EU norms and values is central to the analysis of EU neighbourhood policies and their impact on social and political transformations.

About the ENP PhD Summer School: 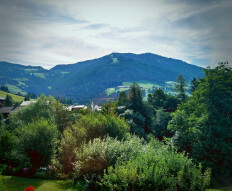 The European Neighbourhood Policy PhD Summer School, organised annually by the ENP Chair of the College of Europe in Natolin, is a unique initiative aimed at supporting PhD candidates in developing their research on topics related to the European Union’s foreign policy with a specific focus on the European Neighbourhood Policy (ENP) and/or related to the EU’s eastern and southern neighbourhoods, i.e. North Africa and the Middle East, Eastern Europe and the South Caucasus.

The 2019 PhD Summer School was directed by the ENP Chair of the College of Europe in Natolin, in collaboration with the European Forum Aplbach (EFA) and the Chair of Middle East Politics and Society at the University Erlangen-Nürnberg (FAU), and with the support of the Standing Group on EU Politics of the European Consortium of Political Research (ECPR-SGEU), and the Trans-European Policy Studies Association (TEPSA).