From 2-15 June 2017, the College of Europe in Natolin hosted the fifth edition of the Warsaw Euro-Atlantic Summer Academy (WEASA) entitled "Digital Community: Security, Information and Economy". The now annual summer school, jointly organised by the College of Europe in Natolin, the German Marshall Fund of the United States, and the Polish-American Freedom Foundation, gathered over fifty young leaders from across the Eastern Partnership and the Western Balkans. The participants included experienced mid-career journalists, activists, and civil servants.

WEASA's speakers similarly represented a wide range of experts. Some of them come from prestigious institutions, such as NATO, EEAS, The Economist, the Oxford Internet Institute, investigative journalism outlet Bellingcat, fact-checking network StopFake, and the Estonian e-governance academy. Others have contributed to a wide range of fascinating projects, ranging from the Ukrainian parliament's social media accounts to countless books on security-related topics.

The summer academy looked into several aspects of contemporary digital communities. It investigated the impact that digital tools and social media can have on democracies whilst also looking at the way in which digital businesses differ from their analogue equivalents. It also studied topics related to fake news, disinformation, and propaganda in a digital era, and concludes with several sessions on cybersecurity.

WEASA didn't focus on lectures alone. It also included several practical sessions that taught participants basic cybersecurity and social media skills. Participants honed their debating, public communication, negotiation, and policy writing expertise — abilities that often prove invaluable in their professional lives. The summer academy concluded with a long simulation on internet governance. Participants needed to use all the skills and knowledge they gained over the past two weeks while leading a series of debates on topics ranging from state regulation of the internet to algorithm owners' rights and responsibilities. 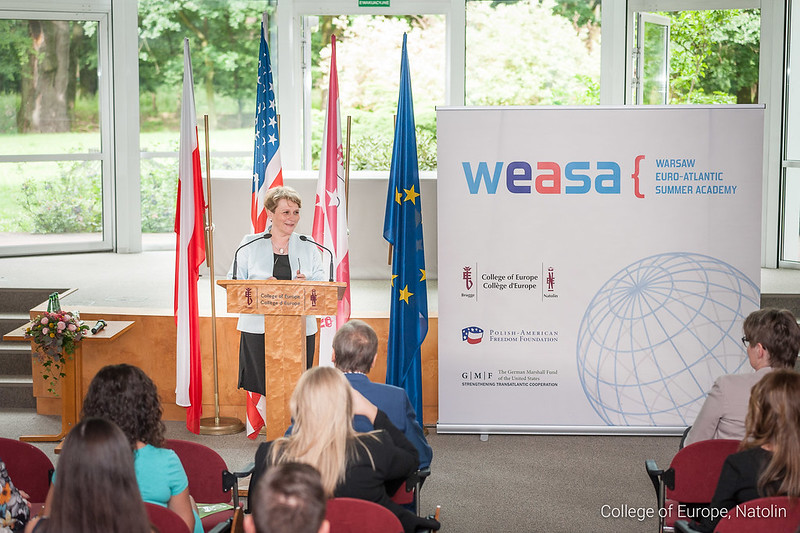