High-level conferences on Italy's challenges in the European Single Market, and Italian-Polish relations in the EU

High-level conference: "Made in Italy, Made in Europe. The challenges of a Member State in the European Single Market beyond the crisis".

Made in Italy has always been, and continues to be, synonymous of innovation, know-how, talent and art. Thanks to this "label", Italy has been able to promote itself on European and international markets by becoming the third European economy and the eighth at the global level. Unfortunately, with the advent—and the continued presence—of the European and global economic and financial crisis, the economic and social situation of the Bel Paese worsened noticeably.

What are the long-term causes of this relative decline, and what are the challenges and problems that Italian enterprises face when they decide to go international? How we can bring Italy back to the heart of the Single Market?

Mr Piero CANNAS; the Chairman of the Agency for the Promotion Abroad and the Internationalization of Italian Firms (ICE), Mr Giuseppe FEDERICO; and thanks to the intervention of the President and CEO of Core, Mr Donato DI GILIO. 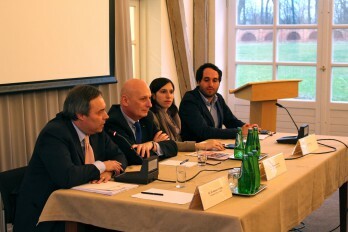 High-level conference: "Włochy, Polonia and the perspective of the United States of Europe: from independence to supranational unification".

Twenty-five years have passed since the signing of the Treaty of Friendship and Cooperation between Italy and Poland, but the two countries have always maintained good relations, so much so that some call the two countries "twin homelands", united by long periods of foreign domination and a troubled struggle for independence. This closeness, friendship and respect is also confirmed in the Italian national anthem, which reads "Polish blood" shed for the Italian freedom, referring to the Adam Mickiewicz Legion, a military unit which had participated in the First War of Independence against the Austrian empire. The attainment of the national independence was seen during Risorgimento as a relationship of brotherhood with all the other European peoples—as an example: after founding Giovine Italia, Giuseppe MAZZINI decided to create Giovine Europa—with the idea of building the United States of Europe, a rallying cry used during the independence movements by Carlo CATTANEO, leading up to the federalist idea outlined in the Manifesto of Ventotene by Altiero SPINELLI, whose name stands today at the main entrance of the European Parliament in Brussels. 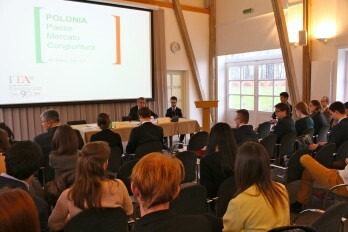 But what are the current relations between the two countries? What positions have they adopted concerning the current crisis afflicting the European Union from the economic and political point of view, and in relation to the increasingly topical migration crisis? What is their historical contribution and what are the future prospects in the process of European unification?

Thanks to the interventions of H.E. Mr Alessandro DE PEDYS, Italian Ambassador to the Republic of Poland; H.E. Mr Tomasz ORŁOWSKI, Polish Ambassador to the Italian Republic and the Republic of San Marino; and MEP Ms Elly SCHLEIN, Member of the Group of the Progressive Alliance of Socialists and Democrats in the European Parliament, we analyzed these questions in depth by looking both at the nature of this bilateral relationship and its possible developments, while keeping in mind the "European Mission" within the international context.