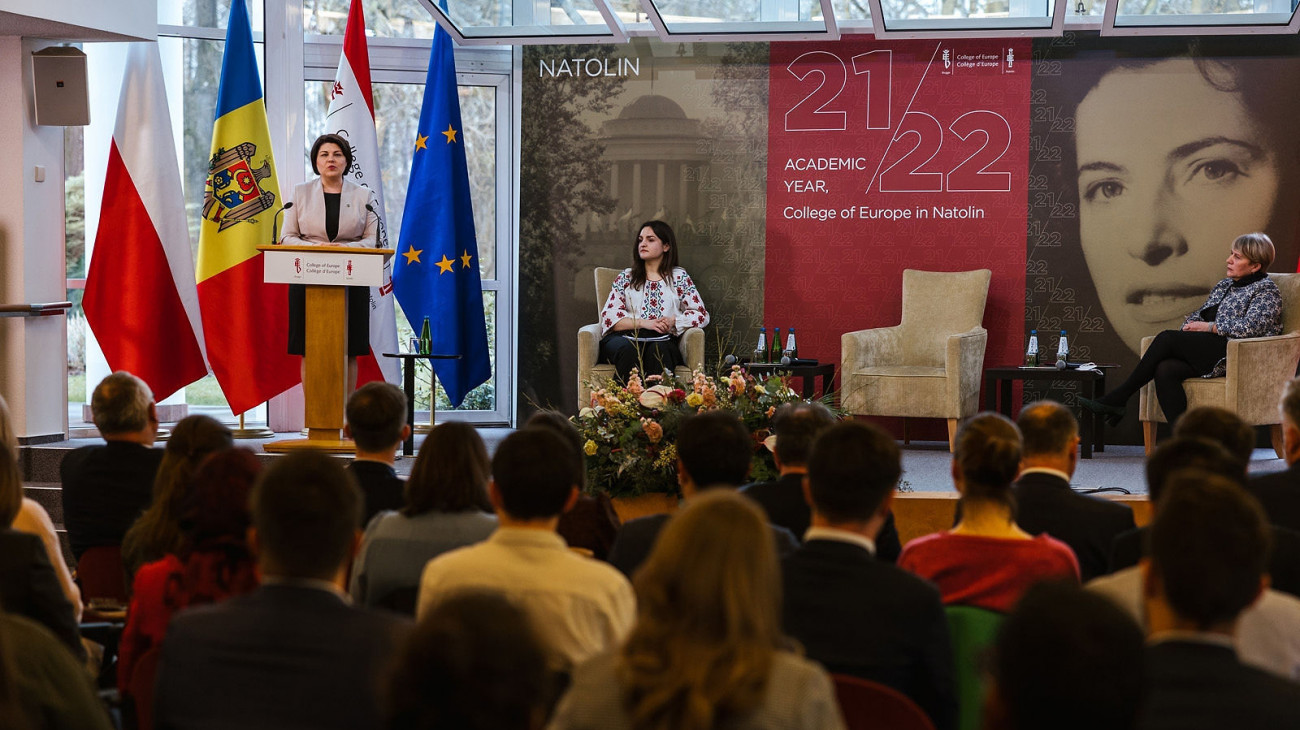 High-Level Discussion with Ms Natalia GAVRILIȚA, Prime Minister of the Republic of Moldova

On Friday, 8 April 2022, the students of the College of Europe in Natolin had the honour to participate in a high-level discussion with our distinguished guest, Ms Natalia GAVRILIȚA, Prime Minister of the Republic of Moldova.

During the discussion, Prime Minister GAVRILIȚA highlighted Moldova's exceptional effort in welcoming Ukrainian war refugees, the question of energy dependence from Russia, and the resilience of the people of Moldova who have been facing a series of major crises in the past months. The discussion was followed by a Q&A session with the Natolin students, who had the unique opportunity to ask their questions to the Prime Minister.

Ms Natalia GAVRILIȚA is the Prime Minister of the Republic of Moldova. She was sworn in on 6 August 2021. She is the Vice President of the Action and Solidarity Party. In 2019, she was the Minister of Finance in the government led by Ms Maia SANDU. From 2015 to 2019, she was the manager of the Global Innovation Fund. She held the position of the Secretary of State of the Ministry of Education from 2013 to 2015. She also worked as Head of the Macroeconomic Policy and Development Department in the Ministry of Economy and Trade and as Head of the Department of Policy and Coordination of Foreign Assistance in the State Chancellery. During her career, she has been working as an international expert for the World Bank, UNICEF, and other international organizations. Ms Natalia GAVRILIȚA holds a Bachelor's degree in international law and a Master's degree in public policy from Harvard University's J.F. Kennedy School of Government.

We invite you to consult the photo selection through our Flickr gallery below, as well as the video highlights of the event from our YouTube channel: 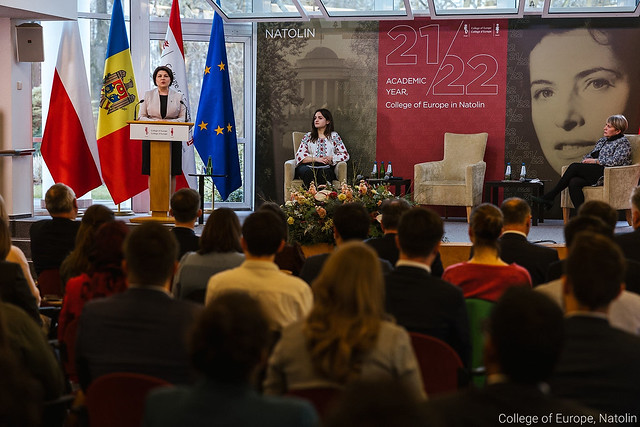