On Thursday 7 March 2019, the College of Europe in Natolin had the honour to host the Hon. Madeleine K. ALBRIGHT, former US Secretary of State, who inaugurated The Zbigniew Brzezinski Memorial Lecture Series.

The opening lecture delivered by the Hon. Madeleine K. ALBRIGHT is available here.

The welcome address of the Vice-Rector, Mrs Ewa OŚNIECKA-TAMECKA, is available here.

The Zbigniew Brzezinski Memorial Lecture Series is an annual high-level lecture on international security topics in memory of Professor Zbigniew BRZEZINSKI. It is organized by the College of Europe in Natolin (Warsaw, Poland).

The main goal of the series shall be to highlight BRZEZINSKI's political and diplomatic legacy, with particular emphasis on his focus on the importance of ethics, values, and human rights within foreign policy. Joint values have the potential to strengthen the transatlantic alliance.

BRZEZINSKI never forgot about those trapped behind the Iron Curtain or left behind walls of authoritarianism and poverty. The Zbigniew Brzezinski Memorial Lecture Series will honour this legacy and look for ways in which we can support those who do not yet enjoy the prosperity and liberty that members of the transatlantic alliance can frequently take for granted.

Professor Zbigniew BRZEZINSKI was a profound foreign policy thinker who will, in many ways, always be tied to the Cold War and his willingness to fight Soviet oppression across the whole world. His own background starkly reflects this: BRZEZINSKI was born in Poland but the horrors of war and occupation forced his family into exile. He studied in Canada and spent his entire professional life in the US, where he was able to carefully observe how the Soviet Union and Cold War unfolded.

A skilled academic, BRZEZINSKI rose through the ranks of government at a time when foreign policy became the purview of academics and think-tank experts, rather than bankers and lawyers. He seemed made for such an environment. A skilled analyst and charismatic lecturer specialising in Soviet studies and theories of totalitarianism, he comfortably navigated the worlds of academia and policy alike. He worked with multiple US Presidents on foreign policy matters, most notably rising to the rank of President CARTER's national security adviser.

Throughout his White House tenure, BRZEZINSKI focused intently on fighting back Soviet authoritarianism. At the same time, he used his position to help broker several diplomatic successes, including the Camp David Accords that led to a Peace Treaty between Israel and Egypt, key talks on arms limitations, and an opening of US-China diplomatic relations. Unlike earlier realist thinkers, he did not shun values: he saw the promotion of human rights, democracy, and values, especially in the Soviet bloc, as an integral part of American identity and foreign policy.

A global thinker, BRZEZINSKI spent his later years continuing to shift between the academic and policy spheres. Following the fall of the Iron Curtain, he turned his attention to global inequality and international development while continuing to write new books and predictions on world politics. 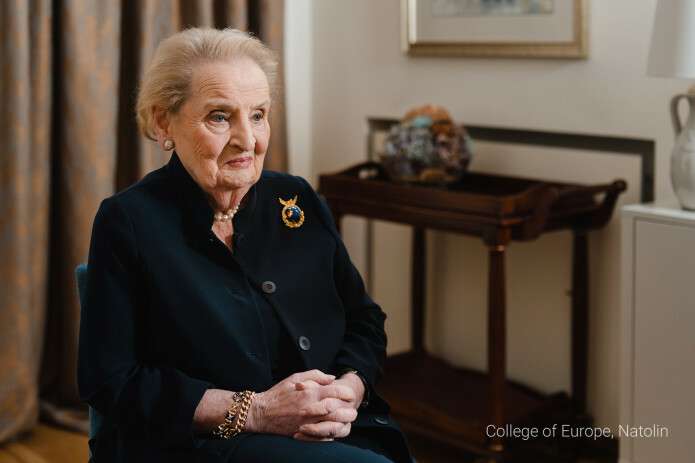 Madeleine K. ALBRIGHT is a professor, author, diplomat and businesswoman who served as the 64th Secretary of State of the United States. In 1997, she was named the first female Secretary of State and became, at that time, the highest ranking woman in the history of the U.S. government. From 1993 to 1997, Dr ALBRIGHT served as the U.S. Permanent Representative to the United Nations and was a member of the President’s Cabinet. She is a Professor in the Practice of Diplomacy at the Georgetown University School of Foreign Service. Dr ALBRIGHT is Chair of Albright Stonebridge Group, a global strategy firm, and Chair of Albright Capital Management LLC, an investment advisory firm focused on emerging markets. She also chairs the National Democratic Institute, serves as the president of the Truman Scholarship Foundation and is a member of the U.S. Defense Department’s Defense Policy Board. In 2012, she was chosen by President Obama to receive the nation’s highest civilian honor, the Presidential Medal of Freedom, in recognition of her contributions to international peace and democracy.

Dr ALBRIGHT’s latest book, Fascism: A Warning was published on April 10 and debuted at #1 on the New York Times bestseller list. She is the author of five other New York Times bestselling books: her autobiography, Madam Secretary: A Memoir (2003); The Mighty and the Almighty: Reflections on America, God, and World Affairs (2006); Memo to the President: How We Can Restore America's Reputation and Leadership (2008); Read My Pins: Stories from a Diplomat’s Jewel Box (2009); and Prague Winter: A Personal Story of Remembrance and War, 1937-1948 (2012).

Video recording from the event: 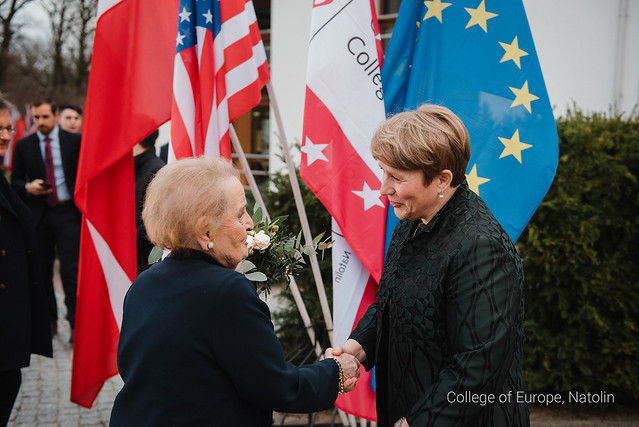