Lecture by Professor Anne APPLEBAUM: "True Believers: The Nature of Opposition and Collaboration under Communism" 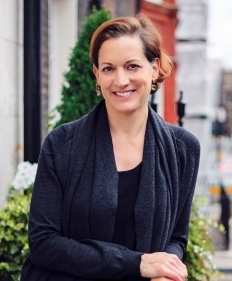 On Wednesday 28 January 2015, Professor Anne APPLEBAUM gave a lecture at the Natolin (Warsaw) campus of the College of Europe.

Professor APPLEBAUM highlighted in her lecture the challenges that came with the imposition of Communism in Central and Eastern Europe. She started her lecture referring to "The Song of the Party” to stress the persuasive power of ideology, at the time when people were disillusioned and totally disorientated after the destruction of the Second World War. Communists were prepared to take charge of society and presented the population with what appeared to be a clear path towards economic recovery.

Subsequently, Professor APPLEBAUM explained how the communists acquired agents and collaborators, used targeted violence, and eliminated possible opposition and future dissent, in order to strengthen their grip on society. Many individuals were involved in what she called collaboration, although some of them reluctantly. Moreover, even the most active collaborators felt a sense of discomfort about the double lives they were leading. Professor APPLEBAUM explained that in this context of moral unease–however paradoxically–human dignity did prevail, a fact which gave rise to dissidence, revolts and eventually mass movements. She also explained that because totalitarian communist society sought to destroy all capacity for individual action it inadvertently turned all those who tried to act independently into dissidents, no matter how anodyne and apolitical their activity may have been. As a result, despite several attempts to change their tactics, the communist dictatorship finally had no capacity to adapt to and survive popular uprisings.

In the long and lively Q&A session that followed, some questioners were unsure that the word collaboration was correct as a way of describing the social phenomena which Professor APPLEBAUM had analyzed. She thus considered in more detail the complex nature of her notion of collaboration; in particular she argued that some citizens were able to be collaborators and opponents at the same time. In addition, she assessed the role played by the Communist leadership in the eventual demise of the Soviet system, arguing that Gorbachev was a committed communist and never had any intention of dismantling the Soviet Union. Participants to the lecture were also eager to ask Professor APPLEBAUM questions about the war in Ukraine and the prominent role played by Russia. She underlined the need for nuance and not to resort to easy explanations and simple historical analogies to understand the escalating conflict in the East of Ukraine.

The event was followed by a reception at which Professor APPLEBAUM continued her discussions with students.

Professor Anne APPLEBAUM is a renowned political columnist, editor and historian. She has written extensively on international affairs for periodicals including the Washington Post, the Economist, the Spectator, the Evening Standard, the Daily and Sunday Telegraph, the Wall Street Journal, the New York Review of Books, Die Welt, Gazeta Wyborcza and the Financial Times. Her books include the acclaimed monographs Gulag: A History (2003, Pulitzer Prize) and Iron Curtain: The Crushing of Eastern Europe, 1944-1956 (2012, Cundill Prize).