Lecture by Professor Jan ZIELONKA: "The End of the European Dream: from Athens to Kiev" 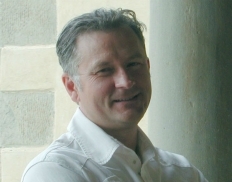 European integration has been an enormous success since its inceptions in the Treaty of Rome in 1957. For the successive five decades member states of the European Union (EU) enjoyed an unprecedented peace and prosperity. But now this legacy is being questioned and the EU has fallen out of grace with the public. At the recent elections to the European Parliament parties determined to curb EU powers came clearly on top in numerous member states. The Greek electorate refused the bailout program orchestrated by the EU. The EU is hardly a visible actor in the ongoing war in Ukraine. What went wrong and why? This lecture tried to offer some answers to this uncomfortable question.

Jan ZIELONKA has published extensively in the fields of international relations, comparative politics and the history of political ideas. His current work is an analysis of the EU’s efforts to project power and spread its values in its external relations. He also tries to compare four contemporary ‘empires’: the USA, China, Europe and Russia. His latest book - Is the EU Doomed? - was published by Polity Press, Cambridge, Massachussetts, in 2014. His previous books include Europe as Empire: The Nature of the Enlarged European Union (Oxford: OUP, 2006), Europe Unbound: Enlarging and Reshaping the Boundaries of the European Union (London: Routledge, 2002), Democratic Consolidation in Eastern Europe (2 vols, Oxford: OUP, 2001), Explaining Euro-Paralysis: Why Europe is Unable to Act in International Politics (London: Macmillan, 1998), and Political Ideas in Contemporary Poland (Aldershot: Avebury 1989).