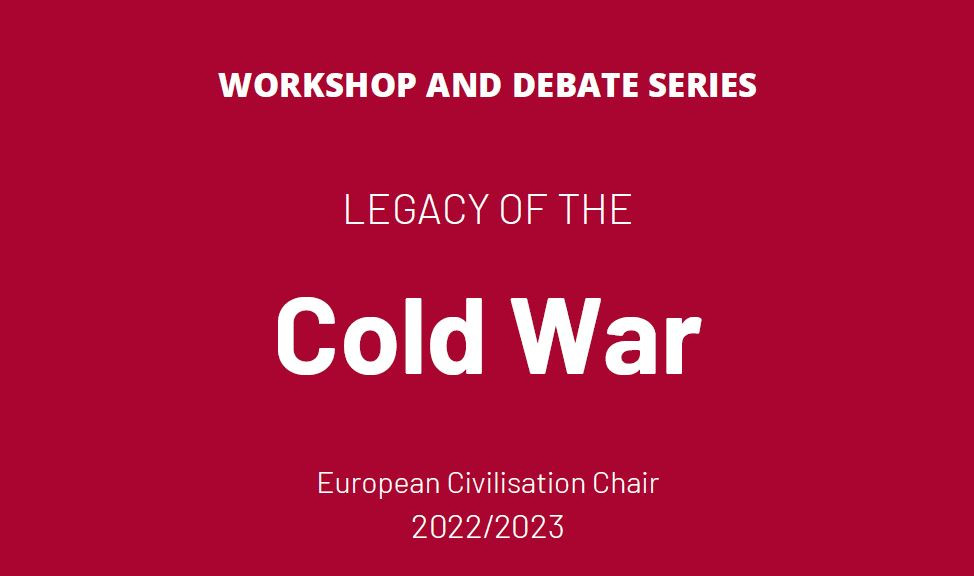 The European Civilisation Chair at the College of Europe in Natolin had the pleasure of inviting Natolin students to participate in the second debate dedicated to the legacy of the Cold War.

The debate was chaired by Professor Marek CICHOCKI.

Glenda SLUGA is a Professor of International History and Capitalism at the European University Institute. In 2020, she was awarded a European Research Council Advanced Grant, overseeing a five-year research program on "Twentieth Century International Economic Thinking and the complex history of globalization". In 2021, Princeton University Press will publish her latest book, The Invention of International Order: Remaking Europe after Napoleon. Professor Sluga is also an Australian Research Council Kathleen Fitzpatrick Laureate Fellow, as the recipient in 2013 of a five-year fellowship for ‘Inventing the International’. She is also a Fellow of the Australian Academy of the Humanities.

Following the discussion, a workshop in the early evening will summarise the students' conclusions from both debates. The final format of this second workshop will be adjusted to participating students' needs and open for their initiative.